The UN climate change agency is hosting its first workshop on long-term finance this week. The interactive event kicks-off today, you can take part through various channels including the UNFCCC website.

The so-called Robin Hood tax on financial transactions is likely to rear its head. Last week a separate UN agency suggested that idea combined with carbon taxes and a 1% tax on billionaires, could raise $400bn a year. The focus today is on the developing world. We’ll bring you breaking news from the event below.

A UK survey has found that only 5% of people oppose renewable energy and a whopping 83% back solar energy. The study, commissioned by the Department of Energy and Climate Change, comes at a time when the UK is reviewing the extent of its support for competing renewable technologies.

The US National Oceanic & Atmospheric Administration (NOAA) has announced it was the warmest January-June period for the lower 48 states since records began.

Plans that could see a series of marine nature reserves created off the UK coast of Plymouth and South East Cornwall will be rolled out from next summer, Environment Secretary Caroline Spelman has confirmed.

Jane Lubchenco, head of the US National Oceanic and Atmospheric Administration has also told Associated Press that scientists have been caught off-guard by the speed at which ocean acid levels have risen. She says this is now one of the biggest threats to coral reefs and called it the ‘evil twin’ of climate change.

BONN UPDATE: A former Indian climate change negotiator, Surya Sethi, tells delegates in Bonn that we “must be mad or smoking something” if we are going to entrust climate finance to the banking sector. “They failed to supply mortgages stably and now we see they fix the Libor rate with a brief email exchange,” said Sethi.

BONN UPDATE: Jeffrey Sachs, Advisor to Ban Ki Moon and Director of the Earth Institute tells attending delegates “We need a long-term predictable price on every ton of CO2 somewhere between 30 & 50 USD”

BONN UPDATE: Ulric Trotz from the Caribbean Community Climate Change Centre reminded the audience at the Long Term Finance of the potential costs of doing nothing. He listed off the costs of 1m of sea level rise for the Caribbean: $30bn in lost GDP, $70bn in lost land and $4.64bn to relocate 100,000 people.

The Pentagon says it is pushing ahead with a $420 million effort to build refineries for biofuels which could help make the fuel cost competitive. The news follows attempts by Congress to block the investment after anger over the price the Navy paid for alternative fuel tests.

Increasingly common experience with extreme weather events in the US- such as the Colorado wildfires, a record warm spring and preseason hurricanes – has convinced many Americans that climate change is a reality, said the head of the US National Oceanic and Atmospheric Administration Jane Lubchenco.

Ministers in the UK will today call on independent bodies – including the Environment Agency and the Office of Nuclear Regulation – to increase their efforts to explain the risk of building new nuclear plants. They say people have been left confused about the impact of Japan’s Fukushima disaster.

One to watch for today… Could Sellafield in the UK be getting a new nuclear reactor running off nuclear waste?

@CFigueres: “Not one single source if going to be appropriate or sufficient and we have to reach out to a broad array of sources” #LTFchat — UNFCCC (@UN_ClimateTalks) July 9, 2012

@JeffDSachs People are terrified by what is happening to climate. If politicians lead, will find that public already ahead of them#LTFchat — UNFCCC (@UN_ClimateTalks) July 9, 2012

Is the environment movement turning its back on the colour green in favour of a more neutral blue? 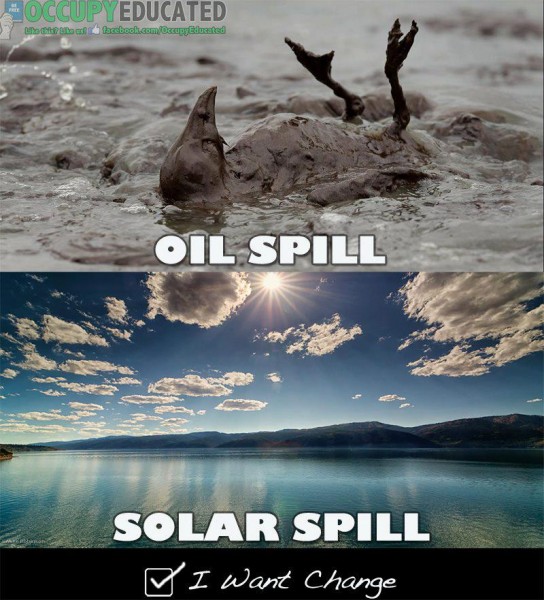