Why is the green movement turning blue?

The movement seeking to protect this blue and green marble we inhabit has long been associated with the latter of those two colours rather than the former.

It’s the name of environmentally focused political parties around the world, half the name of the world’s most famous environmental campaign group and is used to collectively describe anyone with an active interest in the related issues.

But a new colour is on the rise and could leave some greens feeling blue. 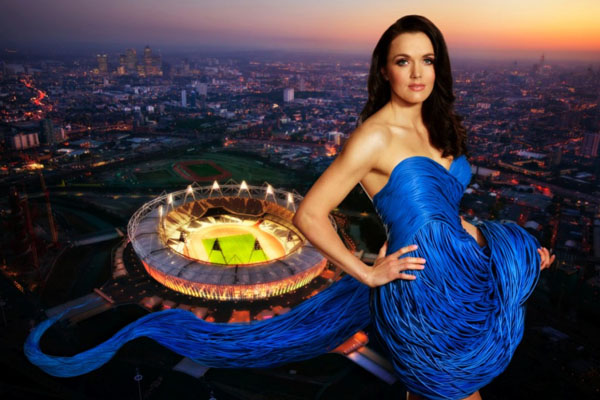 In an epic green versus blue clash, Greenpeace directly challenged VW’s environmental credentials with a targeted campaign that brought both sides much publicity.

NGOs and campaign groups including 350, The Environmental Defence Fund, IUCN, Pew Environment, The Carbon Trust and Climate Week all have predominantly blue logos. Even the UN’s climate change agency, the UNFCCC rebranded from red to blue in the last year

More and more the colour blue is being associated with products and organisations that traditionally would opt for green.

Is the blue trend indicative of change more significant than branding?

“Green [as a movement] has kind of failed, it has stayed niche, it’s a passive engagement model and its representative of ‘challenge’,” says Niall Dunne, CSO, BT Group.

“My twitter handle is @bluNiall, I used to have a company called bluvolution, Saatchi & Saatchi had the True Blue movement,” lists Dunne.

This sentiment was backed up by WWF-UK’s CEO David Nussbaum and Oxfam’s Deputy Advocacy and Campaigns Director Stephen Hale. Both told an All-Party Parliamentary Group meeting in London that they were reviewing their approach in the wake of Rio+20.

Politicians have also sought to profit from the green/blue connection with the Conservative Party in the UK (with traditional blue colours) launching its “vote Blue, go Green” slogan during the last election campaign.

So who is prompting these changes? Consumers, media or is it a more natural evolution?

Alexandra Frank, business development executive, with the communications and strategy consultancy Salterbaxter, which has sustainability expertise.

“There’s been so many cases of greenwashing in the media which I think is part of the reason we have evolved beyond green,” says Frank.

“Generally the public have a hard time relating to sustainability and for many it is still about the ‘hippy days’ and purely about environmental protection. I think if they understood what it really encompasses, they could relate better. Its not just about the environment, it’s about driving innovation and making sure we’re better prepared for whatever challenges come in the future. I don’t think we’re there yet.”

So does blue represent a more rational, practical approach to sustainability?

“Yes, I think it’s no longer an ‘us against them’ mentality and there has been a shift with the major NGOs as well. Many now understand that money makes the world go round and its better to work together on a more collaborative, possibly less confrontational, process,” suggest Frank.

Nigel Salter director and head of strategy at Salterbaxter believes this shift can be pinpointed to one precise turning point in environmental campaigning history.

“Post COP15, [the infamous UN Climate Change talks in Copenhagen] the world has started to realize that government is more or less irrelevant and that business needs to seize the opportunity and lead the way itself. The changes being driven through society at the moment represent some of the most exciting transformational opportunities for business for decades.

“The smartest businesses know this and the smartest NGOs now see that business is the answer to the challenges, not the reason for the problems,” claims Salter.

With business and civil society both seemingly looking to move away from the practices associated with the green of old, we’re likely to only see the blue movement gather pace.

If either movement can trigger the changes that all parties believe we need to stave-off dangerous climate change, no-one is likely to care what colour banner it is done under.