A week in climate change: Five things we learnt

1. The world still believes in Common But Differentiated Responsibility 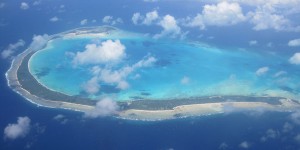 Small islands and oceans both got a boost at Rio+20 (Source: Rafael Avila Coya)

This week RTCC dissected the text to find out exactly what the consequences of it would be for climate change.

Small island states and the oceans received a boost while the increased use  and cost effectiveness of renewable energy was promoted.

Perhaps most importantly, the text brings back into play the principles of Common But Differentiated Responsibility. This short phrase means some countries have a greater duty to pay for the damage to the earth than others – usually the ‘developed’ world.

It’s an intensely controversial topic – that has dominated the last three major climate conferences – so the fact CBDR made it into the final Rio+20 text is significant.

But not everything or everyone made the cut. We analysed what was omitted from the text.

The green economy, finance or state commitments countries are all missing – key components of any future climate deal.

With the Earth Summit seen by many as a colossal failure, NGOs and Trade Unions called for civil society to ‘mobilise’ for change.

Could we soon see a new era for civil society with a place at the negotiating table? 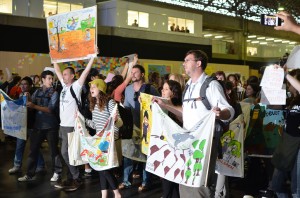 Youth and Civil Society groups staged a walk out at the conference to protest against governments lack of action (Source: Youth Policy)

Monique Barbut from the Global Environment Facility (a key UN Financial mechanism) called for more synergy to be created between the three Rio Conventions on climate change, biodiversity and desertification. All fighting the same problem – so let’s fight as one!

Meanwhile Carbon War Room chief and former President of Costa Rica Jose Maria Figueres has said that negotiators should not be involved in the process for more than four or five years to ensure we have a group of negotiators who are ‘connected to reality’.

Greenpeace chief Kumi Naidoo slated politicians in Rio for being in the pockets of the corporations, but the conference did demonstrate the work that businesses large and small are doing to drive sustainability.

Take wind energy giants Suzlon, or Airbus – who told us about their plans to run a ‘perfect flight’ on 50% biofuels.

But what is the motivation of business to get involved in these talks? For Norine Kennedy from the US Council for International Business the answer is simple: “Business cannot succeed in societies that fail.”

4. The UK sees boost in renewables, but also in emissions

Meanwhile, outside of the world of negotiations, new figures from the National Office of Statistics looking at the UK’s energy and environment performance were a mixed bag.

While some progress have been made on renewables, forestry and fossil fuel use, the country is still not meeting its emission targets.

This was a warning echoed by the UK’s Committee on Climate Change this week, as they said Britain could face missing climate goals because the economic slump, not proactive policy, has been the main reason behind the greenhouse gas emissions fall seen in recent years.

New research this week from the University of Adelaide warned that South Australia’s Arabunna region could be one of the worst hit regions from climate change, as it becomes hotter and drier.

Damage in the area could include bushfires, dust storms and drought and could impact local food sources, warned the report.

It urged urgent work to set up adaptation plans, and said working alongside the indigenous communities in the area would be vital in doing this.