Was business the real winner at Rio+20?

Even before Rio+20 began, Friends of the Earth launched a campaign against what it saw as the undue influence of business on the summit.

After the event, they described the much maligned outcome as “a gift to corporate polluters”.

With the private sector crying out for certainty and conviction from governments on green policies, did it really get what it wanted from the summit and walked away with “a gift” or are the waters as murky as ever for those eager to kick-start the green economy? 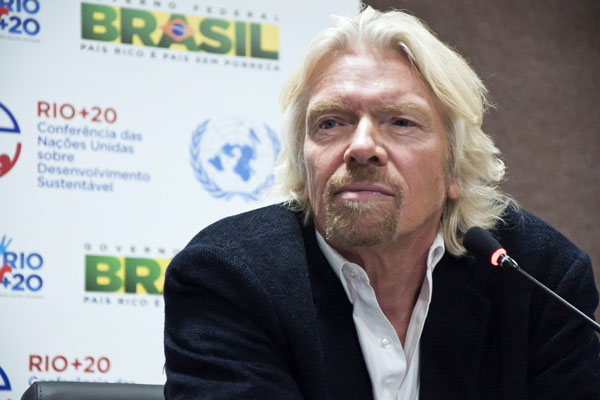 “By and large references [in the outcome document] to business wound up on the cutting room floor,” says Norine Kennedy, vice president for environment and energy with the United States Council for International Business (USCIB). “There is a single reference to the private sector and employers in the entire section on jobs and employment, which strikes us as a significant blind spot.”

Despite this, Kennedy says there were bonuses beyond the outcome itself that send positive signals as well as some impressive financial pledges.

“We should also look outside of that document, at the vast participation, pledges and funding brought to Rio by non-governmental, business and public sector players,” says Kennedy.

“The UN reckons those pledges by both governments and non-governmental entities amount to half a trillion dollars. Given the scale of global challenges, more might be needed, but this is a significant starting point.”

The largest single pledge came from a consortium of development banks that announced $175bn in finance for sustainable transport in the developing world.

An estimated 2700 business leaders attended Rio+20. The private sector’s representation in 1992 was in double digits.

So were business’s attending Rio acting entirely out of self-interest?

“Business cannot succeed in societies that fail, so from that standpoint, business’s long-time commitment to sustainable development is indeed in the self interest of companies, as well as that of the global community,” says Kennedy.

“[Taking part at Rio+20] not only shows our commitment to the environment but also shows that we can combine being a green energy business with having a green approach to things.

“Suzlon realised very early on that wind projects in rural areas, not only in India, can create jobs in construction and leave behind a set of good green jobs for 20 years after,” he said.

“This creates lots of side benefits for the economy and stems the tide of urbanisation. So you bring access t energy plus all of these additional social benefits.”

Carlos Busquets, Deputy Director, Department of Policy and Business Practices, International Chamber of Commerce is not deterred by the Rio+20 outcome pointing out that these summits are far from straight forward.

“I would stress that when trying to solve complicated issues, like those addressed in the Rio process, we need to try to move forward in a collective and cooperative manner,” says Busquets. “It is only in this manner that we can find global solutions, across various international process such as the UN or at the G20, to global problems.”

He also reiterates that business’ role in the post-Rio landscape will be essential.

“The Rio outcome, while a work in progress, paves the way for increased engagement and collaboration among all stakeholders, including the private sector, toward achieving green and more inclusive economies,” he says.

“The private sector is fundamental to scaling up solutions but cannot do it alone and needs to work in collaboration with civil society and policy-makers.”

Regardless of how cynical you may be about the activities of the private sector in Rio and in similar processes, they are filling a funding gap left by cash-light governments and appear to be the quickest route to action on the ground.

With continued close monitoring from civil society groups like Friends of the Earth and improved policy, there’s no reason why the benefits of private sector investment can’t be shared beyond the boardroom.

Video: Jochen Zeitz, CEO of the Sport & Lifestyle division and CSO, PPR and Chairman of PUMA tells RTCC in Rio how to meld sustainability into a business