PODCAST: Restoring human dignity in South Africa with the CDM 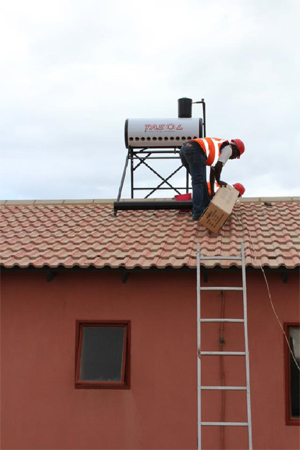 Clean Development Mechanism (CDM) projects can not only provide environmental benefits for Africa, but can help to restore community’s dignity too.

Particularly in regions such as South Africa, where conditions under the Apartheid left many poor, black communities without access to energy or water or using unsafe means to get it.

In one community outside Durban, a solar water heater project – the first registered project under the CDM in the country – helps households to get this dignity back.

The project was set up to help some of the most impoverished communities and offers free installation and technology.

While saving as much as 200 Rand per month (around US $24) on electricity, removing the need for paraffin and giving the families more money to spend on food and education. One of the biggest benefits for households in the township is that they can rise later in the morning and still properly wash before school or work.

In the fifteenth in the series of UNFCCC CDM Radio Club reports RTCC is hosting, Zeenat Abdool, a radio journalist from South Africa visits the community outside Durban to see how much the project had changed lives.