Here Anke Stoffregen, from ICLEI – Local Governments for Sustainability explains how cities and local governments will be key players in a world increasingly marked by urbanisation and the need to harenss their power and engage them in policy making.

In global policy we often look towards international organizations and national governments to take the lead.

Civil society and increasingly the business sector are evolving to drivers of change. It is, however, cities that have made a real mark in the preparations for Rio+20. 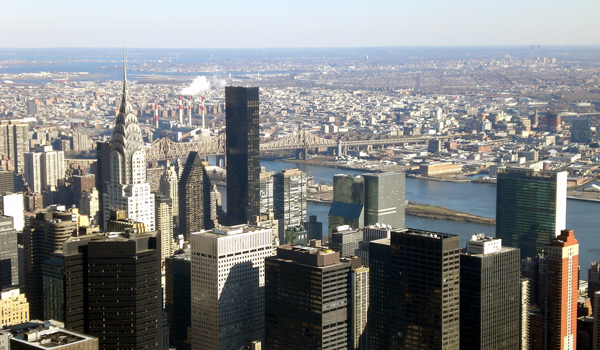 We are facing a global challenge which needs to be tackled on a global scale.

The solutions, however, need to take into account regional and local circumstances and engage local communities in the implementation to be most effective and efficient.

The first decade of the 21st century is marked by the fact that the world´s urban population has exceeded the rural population for the first time in the history of human civilization.

By 2050 more than two thirds of the world’s population will live in cities. As the trend towards urbanization continues, increasing attention is being paid to the local level.

Due to the geographical concentration of people, infrastructure, investment, capital, knowledge and technology cities are able to do more with less.

Densely populated urban areas provide unique opportunities, they are economies of scale and can be highly efficient.

Urban centers are attractive because of the opportunities they offer and they are growing every day. Over the next 40 years four billion people will need urban housing as another three billion people join urban ranks.

The two thirds of humanity that will live in cities by 2050 will need to be cared for. They need jobs, food, housing, transport, sanitation and social services.

A huge challenge for public policy and decision makers at all levels.

Harnessing the strength of local governments

Local governments are implementing decisions impacting on sustainable development locally every day, and they will continue to implement solutions even without a much needed global framework that involves and appropriately supports them.

If energy prices spike in a city, if a city is shaken by social uprising on housing conditions, or if a flood hits a town, the mayor may not be able to wait until Rio+20 has sorted out how to engage local governments in the decision making process.

The local reality can be very different to the global reality.

To fully harness the power of local action, cities do require a more inclusive and enabling policy framework.

Local governments are the level of government closest to the people and local issues, and they are the implementing agents of local action.

They have the authority to affect infrastructure, building and local development decisions in order to meet global goals. Only if they are appropriately involved in the decision making process can their actions be most effective.

A bottom up process that truly allows for the needs of cities and local governments to be reflected in the global policy-making and governance framework, will provide a solid basis to deliver effective local actions that contribute to solving a global challenge.

The global community should not miss the opportunity of building upon the power, potential and ambitions of local action.

When local governments are being recognized as governmental stakeholders, engaged in global governance, and also empowered and supported as key actors, cities and urban areas can accelerate their performance.

They will become highly effective catalysts in the battle for sustainable development and the future we want.