Greenpeace: “Polluters are in charge at Rio+20”

The compromise text proposed by Brazil at the Rio+20 summit has been harshly criticized by Greenpeace and labeled an abject failure. 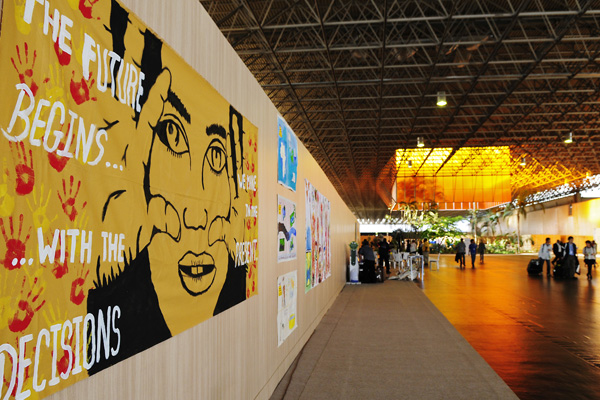 With negotiations faltering the Brazilian Government produced a compromise document that is set to form the backbone of discussions by heads of states and ministers at the high-level segment, beginning on Wednesday.

“What we have on the table here is an abject failure of responsibilities from governments. If this text gets adopted we are facing a future of pollution plunder and destruction,” Daniel Mittler, Political Director at Greenpeace International told RTCC.

“This is a tragic document, an insult to our children and an abject failure of our governments.”

One anticipated outcome of the Rio+20 Summit was agreement to end, or at least reform, fossil fuel subsidies. However, based on the current document, this appears to be unlikely.

“The text on fossil fuel subsidies is risible,” said Mittler. “It has no definition of what they call ‘inefficient fossil fuel subsidies’, it has no targets, no timetable, it doesn’t commit to anything. It’s very upsetting and surprising that though many governments are desperate to deliver on the needs of their people, they are not even taking the most obvious choice, which is to stop lining the pockets of multinational oil companies, who really do not need the money.”

While he welcomed some significant progress on the establishment of expanded ocean protections, he noted that some ideas that had formulated at the original Earth Summit in 1992, such as the replacement of GDP as the main measure of development, were yet to bear fruit.

“We have to remember that there were many things that were not great about the outcome of the 1992 Earth Summit. For example governments pretended that nuclear power was part of the sustainable development agenda, we’re not nostalgic for 1992.

“But if those that were there could see what was going on now they would be disappointed and aware that on many issues, we’re not going forwards but backwards. This summit could very well be known as Rio minus 20.”

National delegations will discuss the comprise agreement today, two days after it was supposed to be finalized ahead of the high-level talks.