World leaders have made ‘pitiful’ progress in protecting the world’s ocean over the last 20 years; warn researchers ahead of the Rio+20 conference.

The study, published in the journal Science, reviewed the commitments made by governments over the last 20 years, and found pledges to protect key habitats and restrict the size of fishing fleets have had little success. 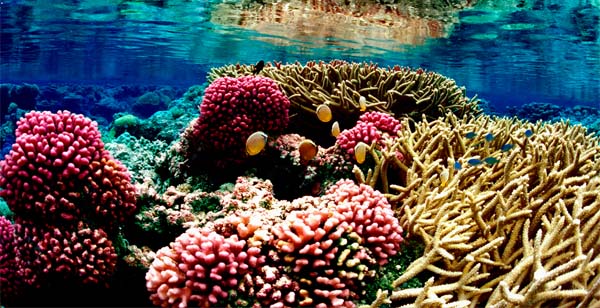 Researcher warn the situation in our oceans is critical (© USFWS Pacific)

The move by Australia this week to create the world’s largest network of marine reserves – the size of India – have been welcomed by conservationists.

The reserves will see fishing restricted and oil and gas exploration banned in the most sensitive areas.

At the World Summit on Sustainable Development in 2002, 192 governments agreed commitments on key issues – including protecting vulnerable species and marine habitats and managing fishing sustainably in national waters.

Ten years on none of these targets have been met.

Some areas are in an even worse situation than before, according to the study.

“Our analysis shows that almost every commitment made by governments to protect the oceans has not been achieved,” said professor Jonathan Baille, Director of Conservation at Zoological Society of London, who conducted the study.

“If these international processes are to be taken seriously governments must be held accountable and any future commitments must come with clear plans for implementation and a process to evaluate success or failure.”

Global depletion of fish stocks continues to threaten ocean ecosystems – a risk which is multiplied by other threats including climate change, disease and pressures from pollution and other damaging activities, says the report.

It uses the example of the Newfoundland cod fishery that has not fully recovered 20 years after its collapse.

There have been some improvements, however, such as the creation of large marine reserves like that announced in Australia and those already existing such as the Chagos Archipelago, the Northwestern Hawaiian Islands and South Orkney Islands.

There have also been improvements in fishing equipment to reduce the impact on seabird populations.

Overall, however, the researchers warn the situation remains critical.

“There are large scale changes occurring in the oceans that weren’t known to be a problem in 1992 or 2002, such as ocean acidification or mass coral bleaching, which we now know will make sustainable ocean management even more challenging,” aid ZSL’s Marine Policy Officer Liane Veitch.

“Rio+20 might be our last real chance to save ocean ecosystems and make sure we can manage marine fish stocks in a sustainable way.”