There will be no such thing as a developed country until someone finds a way to maintain a high standard of living while also protecting the environment and natural resources, a senior Oxfam researcher has said. 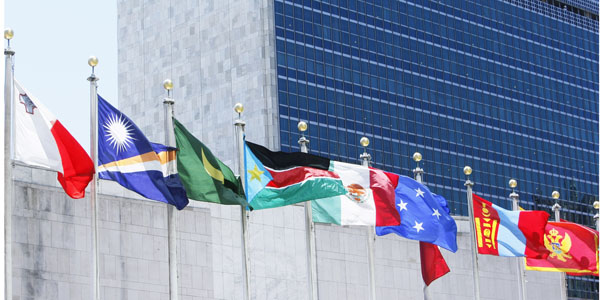 Oxfam's Kate Raworth says all nations can only be considered as developing, until they find a sustainable way to support high living standards.(Source: UN/JC McIlwaine)

Speaking at the Rio Conventions Pavilion at Rio+20, Kate Raworth said that nations must find a way to live within a safe space where natural resources are used sustainably, but people’s social needs such as food, energy and clean water access are also met.

This space was termed the doughnut, in a recent research paper by Raworth.

“All nations are developing nations because no one is living inside the doughnut,” said Raworth.

“Some of these social challenges are very attainable. We only need 3% more food to feed those that don’t get enough at present. At the same time though, we are throwing away 30% of our food.”

“Our economic model is inefficient. Humanity has been the dominating environmental force in recent years,” said Sperling. “There are positive signals that Africa is on the move but 60% of the continent still lives on less than $2 a day.

“Africa is effectively low-carbon at the moment but that picture is changing as it develops. It has increased its ecological footprint by 240% in 10 years.”

The opportunity for Africa, Sperling claimed, is to develop differently from other nations.