A key negotiating group including China and India, threatened to walk-out of the Rio+20 talks yesterday over a dispute on finance and fossil fuel subsidies. 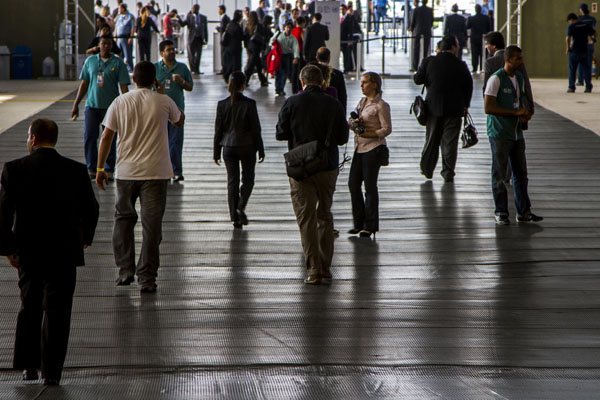 The G77+China negotiating block threatened to walk out of the Rio+20 negotiations unless certain guarantees on finance were given. (Source:UN/Guilherme Costa)

According to Farhad Bakhtiar, an advisor to Ugandan Environment Minister Maria Mutagmaba, the G77+China grouping issued an ultimatum at 1700 Rio time on Thursday.

The group demanded that the track of negotiations on establishing a green economy, a key component of the talks in Rio, must include assurances that finance will pass from the developed to the developing world. This would enable developing countries to participate within the much touted “new economy”.

“Yesterday the G77+China informed the organizers that they would withdraw unless parts of the [draft outcome] document were changed,” said Bakhtiar. “In particular, how the developing countries are going to achieve a sustainable economy without financing. If the decisions made here will be binding then there needs to be institutions and mechanisms to finance it.

“The developed world is subsidizing fossil fuel and what we are asking is them to stop the subsidies and helping people to destroy the environment, and instead to give these subsidies to developing countries to help them kick-start a green economy.”

Bakhtiar was also skeptical about developed the world’s use of the recession as an excuse to limit financial assistance.

“They say there is no money but when you look in more detail you see the vast quantities that are being given to fossil fuel companies.”

Given that all parties are back at the negotiating table today, it must be assumed that fossil fuel subsidies remain firmly on the agenda during the final day of negotiations on the draft agenda.

Next week, ministers and heads of state join the process to finalise an agreement that is expected to begin a new phase of discussions rather than a specific set of quantifiable targets and goals.