Sustainability in the favelas: Swapping guns for gardens

One of the local camera crew working with us at Rio+20 joked that he hoped I had a flak jacket and laughed. He corrected himself, patted me on the shoulder and assured me the area I was headed for had been “pacified”. 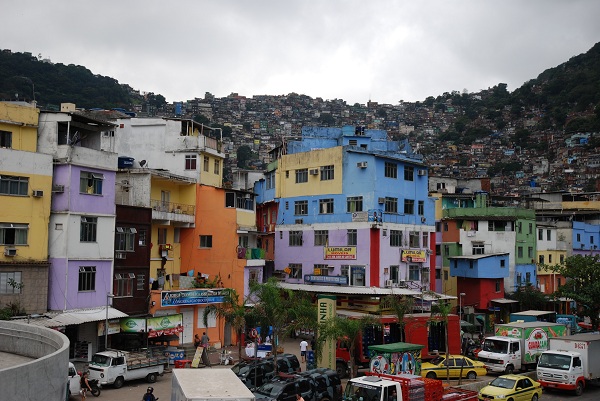 Rocinha is the largest favela in South America.

This was a verb I would hear a lot of in discussions of Rocinha, the largest favela in South America.

Rocinha is halfway between the famous Copacabana beach and the Conference centre that is home to the Rio+20 summit on sustainable development. It is a steeply banked labyrinth of lively brick and concrete that evolves so quickly it seems almost fluid. Once run by the drug gangs, now, following pacification, run by the police.

With a World Cup and an Olympics to come in the next four years, the Brazilian government sent its hardest of hardcore police squads to “pacify” (the verb is used hesitantly by locals and rather stumbles out) the favelas. This particular squad’s emblem is a red circle containing a skull with pistols either side and a knife piercing through its top. Not exactly hearts and minds stuff.

Gangs, guns and violence dominate outsider’s talk of the favelas but inside life goes on and as unlikely as it may seem, the pursuit of sustainable development goes on too. 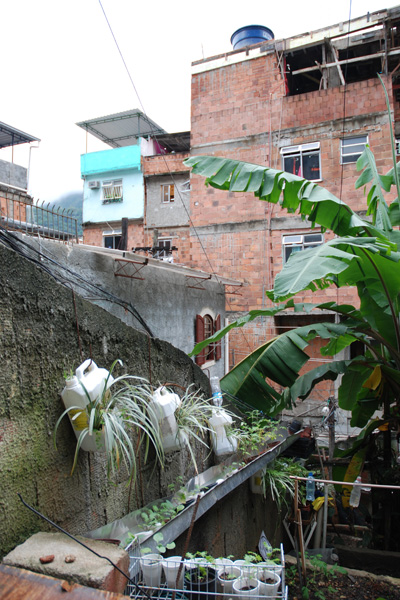 The garden is reclaiming a vacant plot behind a creche.

After following an open sewer along the road, squeezing between two buildings so close they might be leaning on each other’s shoulders and then up a steep set of stairs, lies one of Rocinha’s first community gardens.

Here more than anywhere, the ties between the so-called three pillars of development, environmental, economic and social, are more evident than anywhere else.

Tio Lino has run the NGO Rocinha Mundo da Arte, since 1980 – a time when Rocinha, which means Little farm, was not much more than that.

“As late as the 1970s this was just a village in the jungle,” he says. “When it was small it was self-sustaining.”

The same cannot be said now.

Tio Lino’s main aim was to expose kids in the favela to culture and to show them there are alternatives to drug trafficking, which is so engrained in Rocinha’s way of life. By his count, he has got 47 kids out of trafficking and he knows for sure that 20 of those are now in what he calls good jobs.

Now, together with a team of volunteers, including project coordinators Lea Rekow and Zoe Roller, Tio Lino is looking to green the favelas with a series of rooftop gardens, green spaces and community food growing projects.

“The goal is to get the kids used to long-term thinking, to show them that some things take time. This could be a legacy, this garden could be there for the rest of their lives. We want to show them you don’t plant a garden and get results straight away.

“The stereotype of the favelas is that all that happens is the drug wars. We want to showcase the favelas as a source of environmental solutions. We can show people that we are thinking about these problems, and then hopefully, Obama will come and see it in action!”

Rio+20 for the favelas

So how will the Rio+20 summit, just a few miles down the road affect Rocinha, Obama or no Obama?

“I’ve seen this before. None of this dialogue is new. Everyone was very excited about the last Rio Earth Summit but it was totally meaningless. It’s absurd that it is taking place in Brazil and there is such little focus on the Amazon. 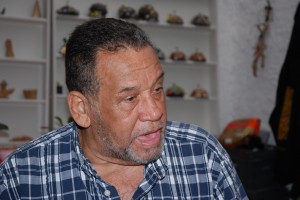 Tio Lino has been working with kids in the favelas since 1980.

“There is too much talking. It is not militant enough. I really admire Greenpeace and the bold actions they take. Tackling social issues here such as drug trafficking require a more confrontational approach. On the other hand, the summit will get people talking about these issues and it will produce some money for small projects like this. The main benefit will be for the tourist industry. It’s a white elephant.”

So what could Rio+20 do to help Tio Lino and others working to improve life in the favela?

“They should give us more money.”

Projects in the favela have enormous potential to make a big impact. With similar work in other parts of the world bogged down in red tape, Rekow says Rocinha has an advantage.

“The favela is a unique model. It’s part of the informal economy so it’s not under the same bureaucratic weight that you might get elsewhere. The organic nature of the favela allows you to be a bit more innovative and pull together the social, economic and environment benefits,” says Rekow. 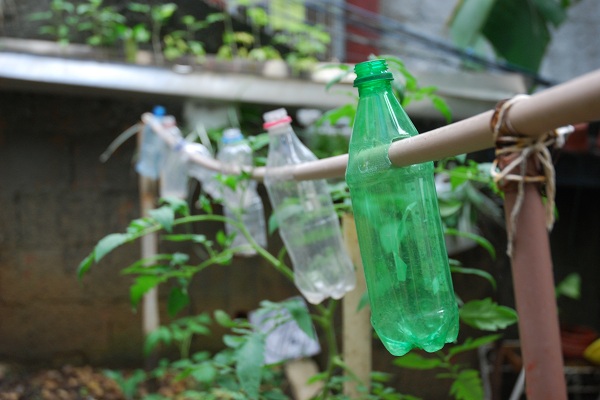 The scheme uses a number of makeshift solutions including this drip irragation rack usingrecycled bottles.

Community involvement has been encouraged with participants exchanging skills. Some have helped to build an irrigation system, others have shown how to use fairly common local plants to develop medicines.

While delegates talk about sustainable development, Tia Lino gives his definition and a closing statement for those inside the UN ring of steel.

“This project is the definition of sustainable development. I’ve done my part, now they have to do theirs.”