Projects involving payments for environmental services (PES) have spread all around the world and in Brazil over the last decade.

The Fundação Grupo Boticário has been working with PES since 2003 and has developed a mechanism called the Oasis Project, implemented in three municipalities in Brazil and soon to expand to other locations.

The Oasis Project grants financial awards to more than 220 small and medium-sized properties whose owners preserve their natural areas water springs for public consumption, contributing to the maintenance of both biodiversity and the quality of water.

One of the participants in the Oasis Project is 76-year-old Alberto Eduardo Cardoso de Mello, a retired chief of police.

He is dedicated to preserve an area of 272.3 hectares of Atlantic Forest within the São Paulo city limits, the largest metropolis in the country.

The area was inherited from his father, and is an ecological paradise which shelters 42 springs. But it was once close to disappearing.

Mr. Mello considered selling the Nossa Senhora da Piedade Ranch because he could not afford it, but it was saved when, in October 2008, he was granted financial awards through the Oasis Project, by the Fundação Grupo Boticário. “The support from the Oasis Project was the salvation of a dream,” he sums up. 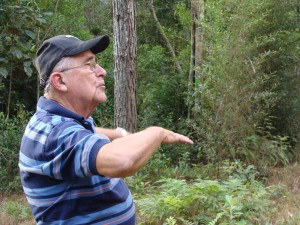 The protected springs in the properties of Mr. Mello and all the projects other participants, which guarantee pure water for human consumption, the organisms which transform organic matter into nutrients for farming, and the animals which produce hormones and venoms for the manufacturing of medicines.

All of the above are examples of environmental services provided by natural environments that are preserved for humankind.

“Environmental services are responsible for the necessary infrastructure for the establishment of human societies,” explains Ms. Nunes.

However, their supply in sufficient amounts and quality has been endangered by growing pressures on biodiversity and ecosystems, due to urban spread, to an unsustainable consumption pattern, to population growth, and to climate changes, among other factors.

The maintenance of a great share of environmental services depends on the conservation of tropical forest remnants and other native vegetation formations.

The increase in public protected areas is an essential strategy within this context, but it is not enough in itself. The ideal situation is that forested protected areas, for instance, are not disconnected amongst themselves, but rather other natural areas – including those located in private properties – act as links between them.

However, the question that is put forward is how to conserve natural areas in private rural areas and at the same time provide better living conditions for the populations? An alternative is by way of PES, which allows financial rewards for those who protect an environmental service.

Ms. Nunes believes that a PES project tends to be more effective in the long-term in that the participants are more conscious of the importance of the protection of the environmental service and contribute to the improvement of this service.

She comments that the Fundação Grupo Boticário has created a model of PES calculation within this line of work which has as a differential the possibility of being easily adaptable to the socioeconomic and environmental features of different locations in Brazil.

“The methodology will be available for free to institutions that wish to implement the Oasis Project in their states or municipalities and which sign an agreement with the Fundação Grupo Boticário,” says Ms. Nunes.