This was a 17% increase in investment in 2011, smaller than the 34% growth witnessed in 2010, according to new reports from the UN Environment Programme (UNEP) and the Renewable Energy Policy Network for the 21st Century (REN21).

The two organisations, however, say this investment took place at a time when the costs of renewable technologies are falling rapidly and a time of economic and policy uncertainty in the developed world.

“Despite the continuing economic crisis in some key traditional markets and continuing political uncertainties, more renewable energy was installed last year than ever before,” said Mohamed El-Ashry, Chairman of REN21.

The REN21 report found continued growth of renewables in all end-use sectors – power, heating and cooling and transport – and found that by the beginning of 2012, 118 countries worldwide, including nearly half in the developing world, had renewable energy targets.

It also found that renewable technologies continued to expand into new markets. 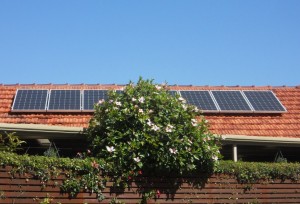 Last year the top countries for renewable electricity capacity – excluding large hydro – were China followed by the US, Germany, Spain, Italy, India and Japan. Ranking countries on a per-person basis gave different results with Germany coming in first, followed by Spain, Italy, the US, Japan, China and India.

Germany’s lead is partially down the boom in solar PV in German households, thanks to the country’s popular Feed-in-Tariff scheme.

Solar PV did well worldwide in 2011, becoming the fastest growing of all renewable technologies – overtaking wind as the prime technology and attracting nearly double the investment.

Total investment in solar power jumped 52% to $147 billion, partially down to the boom in rooftop installations in Germany and Italy and partially thanks to the spread of small scale PV to countries including China and the UK and large scale concentrating solar thermal (CSP) projects in Spain and the US.

Another winner last year was the US which surged back to within an inch of the top of the investment rankings.

The 57% leap to $51 billion was aided by developers rushing to benefit from the three significant incentive programmes before they expired in 2011 and 2012, according to the report.

China still sits at the top of the leader board – just $1 billion ahead of the US on $52 billion – followed by the US, Germany Italy and India – whose National Solar Mission helped to spur a 62% increase to $12 billion.

While renewables globally saw an increase in 2011 – both in terms of capacity and investment – the continued expansion is not guaranteed, warn the two reports.

2011 saw a number of smaller manufacturers go out of business as competitive challenges intensified and prices of technologies, particularly solar, dropped rapidly.

Photovoltaic module prices fell by close to 50%, and onshore wind turbine prices by around 10% – bringing them closer to competitiveness with fossil fuel energy.

Failing prices twinned with increasing economic austerity, particularly in the Eurozone, however, led many governments to slash their incentives programmes for renewables or to allow current schemes to expire.

While the UNEP report says the “promised land” is in sight, when renewable technologies will not need subsidies – Bloombery Energy Finance predicts onshore wind should be competitive with gas-fired generation by 2016 – they warn hastily made cuts could dent investment before this goal can be reached.

The REN21 report also highlighted the importance of strong renewable policies – both at national level and at city level.

During 2011, REN21 believes policy implementation was helped by factors including the Fukushima nuclear incident in Japan and the UN Secretary General’s announcement of the Sustainable Energy for All initiative.

With a special focus within the REN21 report on rural renewable energy, the group found it is increasingly considered a tool in providing millions of people with a better quality of life – with access to modern cooking, heating and cooling and electricity.

To reach the Secretary General’s 2030 targets, however, the report warns investment in the rural energy sector will have to increase five-fold.

A warning for Rio+20 delegations

Rural energy will be key to ensuring the UN Sustainable Energy for All targets are met, warns the REN21 report (© Eskinder Debebe/UN)

With renewable energy and the idea of the green economy, both hot topics for the Rio+20 Earth Summit building up this week, UNEP Executive Director, Achim Steiner says the report sends yet another “strong signal” to delegations.

“There are multiple reasons driving investments in renewables, from climate, energy security and the urgency to electrify rural and urban areas in the developing world as one pathway towards eradicating poverty,” he said.

“Whatever the drivers the strong and sustained growth of the renewable energy sector is a major factor that is assisting many economies towards a transition to a low carbon, resource efficient Green Economy.

“This sends yet another strong signal of opportunity to world leaders and delegates meeting later this month at the Rio+20 Summit: namely that transforming sustainable development from patchy progress to a reality for seven billion people is achievable when existing technologies are combined with inspiring policies and decisive leadership,” he added.