Politics set to block Pentagon investment in US military biofuels

The US military is set to be blocked from investing in the use, or development of biofuels until they are cheaper than fossil fuels.

Critics say that without military investment, that threshold will not be reached. 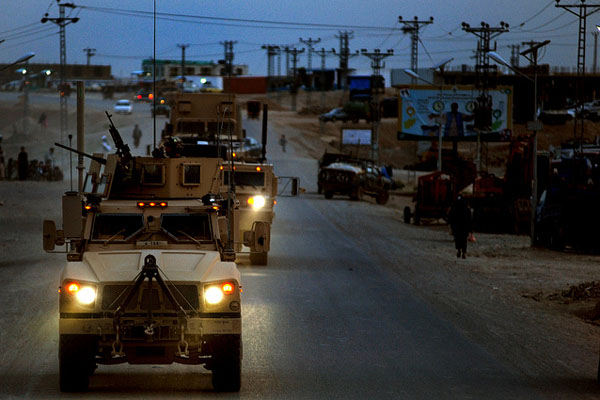 The US military is experimenting with biofuels at sea, in the air and on land. (Source: Flickr/familymwr)

A bill to cut biofuel investment has now passed through two hurdles, a Senate Budget Committee by 13 votes to 12, and the House of Representatives (299-120) but could now be vetoed by President Obama.

The Whitehouse has said that it could wield its veto stating that failure to “procure alternative fuels…would further increase American reliance on fossil fuels, thereby contributing to geopolitical instability and endangering our interests abroad”.

The US Navy is responsible for many of the largest biofuel trials in the world.

Its efforts have contributed to a huge drop in the cost of the fuel bringing it close to cost competiveness with fossil fuels.

All three branches of the US military are interested in sourcing aviation fuel from biological sources.

The Army is already road testing its Warrior vehicles with hybrid, fuel cells and alternative fuels.

“I think the Pentagon should continue to invest in biofuels,” Mark Udall, US Senator (Democrat-Colorado) told Platts Energy Week. “In the long run, it’ll be cheaper. The forces we have to deploy overseas to protect oil supply lines can be reduced. As fossil fuel prices increase – and they will – having a competitor in the essence of biofuels will be important.

“I’m convinced that, over time, the price of these biofuels is going to drop dramatically. We should, I think, in the overall R&D budget for the military, make this kind of investment.”

As well as a key source of research the Department of Defence is also a big customer for the industry purchasing 450,000 gallons of biofuels for fighter jets in 2011.

The Department of Defence has set itself a target to supply 25% of its energy from renewable sources by 2025.