While the newspapers are full of stories focusing on the price of oil and the seemingly endless debate over the future of nuclear power, there are plenty of largely untapped sources of energy out there ripe for exploitation. 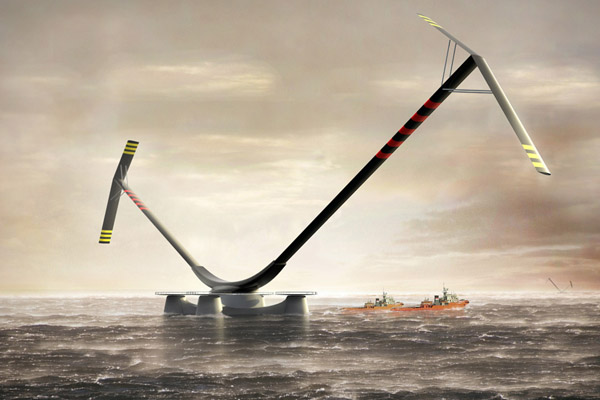 With Ban Ki-moon pushing his Sustainable Energy for All initiative at the Rio+20 Summit this month and the IEA recently espousing the potential for gas, the energy question is being pulled in different directions.

A number of less obvious options are now making progress. For some that means research moving from the lab to larger scale trials, for others it means technologies that were once limited to small markets going mainstream.

These new technologies provide new routes to help us cut carbon, save money and boost the economy along the way creating jobs in research, manufacturing and maintenance.

I’ve picked out five future energy sources yet to go global, that have large-scale potential, big backing and a spark of ingenuity that moves the debate forward in a sustainable way.

It’s a staple of some people’s diets and the basis of a skin treatment for others, but there’s also a dual role for seaweed and algae to play in the energy sector.

Grown in farms either on land or at sea, algae and seaweeds can provide a feedstock for biodiesel without using up land that could other wise be used for agriculture.

The US Navy and shipping giant Maersk have already conducted large scale trials of the technology. The fuel can be mixed with regular oil-based supplies and requires no changes to engines or supply lines.

An Asia-Pacific wide research network is also looking at how seaweed farms could be used as carbon sinks, in much the same way as forests do on land. An added bonus.

VIDEO: The University of Pusan in South Korea tells RTCC about its dual research on seaweed as an energy source and carbon sink.

This particular renewable energy solution is certainly unlikely to attract any of the “not in my back yard” opponents that some other technologies are stifled by.

Engineers from Strathclyde University are hoping to put a large solar array in space and then beam the energy back to the surface of the planet using either a laser or microwaves.

The idea is not new, but a recent trial showed that the team’s lightweight spinning panels can support additional bulk, allowing the solar cells to carry the transmitter cutting the complexity and cost of the initiative.

The team hopes the laser could be used to direct energy to remote areas and could play an important role in disaster relief.

There are two problems with offshore wind.

First of all, it’s costly to build the necessary foundations and deep sea structures necessary to support them. The specially designed ships needed to build and maintain them also cost money.

Secondly, there are only so many places where the seabed is shallow enough to build, but far enough from land to please planners and maximise benefit of high wind speeds.

Floating turbines can solve both these problems.

There a number of models undergoing development with the UK and the US agreeing in April this year to work together on progressing them.

There is a host of different technologies looking to generate marine power and several are beginning to mature at the same time. A demonstrator test site has been established in the UK with a second planned. Interest in establishing similar facilities has come from Chile, China and the US.

Pelamis Wave Power’s snake-like systems float on the surface with the movements between each section converted to electricity.

Aquamarine Power’s Oyster system is fixed the seabed near the shore with the waves moving a large paddle that pumps liquid at an onshore generator.

The three companies above have all attracted investment from engineering firms and utility companies. MCT is now owned by Siemens.

Outside of the US, geothermal remains a largely mysterious source of electricity generation to many. The process involves cycling water through hot underground rock and using the resulting steam to drive turbines. It requires specific geological conditions but advances in the technology are opening up new markets.  China, UK, Germany, Turkey and others are now looking to exploit their own resources.

Iceland and Italy provide almost all of Europe’s supply and it remains under utilised in many other markets.

The Geothermal Energy Association estimates that in East Africa, there is the potential for 15GW, the equivalent of 15 nuclear power stations.

Iceland produces more electricity than it needs from its vast geothermal resources. The country recently signed an agreement with the UK to explore the possibility of transmitting electricity generated by Iceland’s volcanic activity across the North Sea.

A geothermal borehole in Iceland, where the technology has helped the country generate all its electricity from renewable sources. (Source: Flickr/Lydurs)