Rich countries signed-up to the Kyoto agreement on greenhouse gas emissions could have their targets doubled, under plans proposed to the UN.

A submission by the Alliance of Small Island States (AOSIS), some of the world’s most vulnerable countries to climate change, has suggested targets for a second commitment period of the Kyoto Protocol. 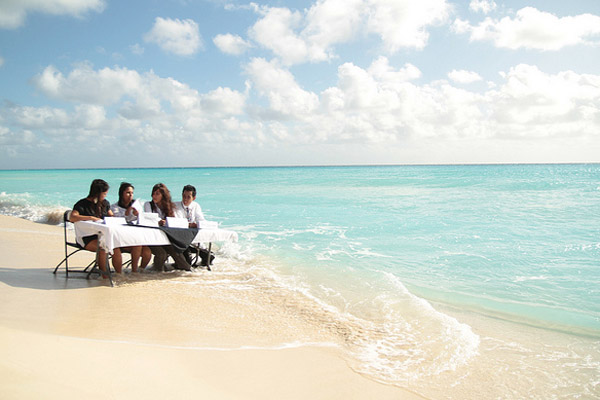 Low lying islands are vulnerable to rising sea levels, driving them to push for greater ambition at the UN climate talks. (Source: Flickr/350.org)

Under the scheme, wealthy nations (Annex I countries) committed to stem greenhouse gas emissions compared to their 1990 levels between 2008-2012.

Talks are ongoing at the UN’s climate change agency to ensure a second, subsequent period begins as soon as the first ends on December 31 this year.

The group has also suggested that Australia make cuts in the same period of 7%. During the initial Kyoto phase of cuts it was permitted to grow its emissions by up to 8% compared to 1990.

The emerging economies of Belarus, Kazakhstan and Ukraine would be expected to make cuts of 35%, 27% and 54% respectively.

New Zealand, Norway, Malta, Iceland and Cyprus would also be expected to reduce emissions for the first time.

The submission is by no means binding but it is the first set of figures on the table as talks on extending the life of the Kyoto Protocol continue.

As the representative of a vulnerable group of countries, AOSIS frequently calls for stiffer climate change action than other nations and has been credited in the past for driving ambition at the UN talks.

Many AOSIS countries have already had to migrate citizens and are struggling with water shortages as rising sea levels taint freshwater supplies.