Today, Harald Heubaum, Lecturer in Global Energy and Climate Policy at the Centre for International Studies and Diplomacy, SOAS, University of London explains why how governments can tackle economic and environmental problems in tandem.

It’s not easy being ‘green’ these days. Ahead of Rio+20 cutbacks to government support for low-carbon, clean-energy agenda items are a reality in many countries around the world. 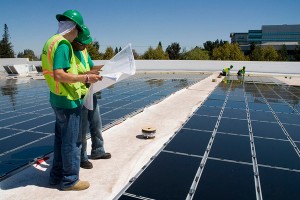 In Europe, a dire economic outlook and continued sovereign debt problems have put renewable energy subsidies in the cross hairs.

Some have argued that governments should withdraw its support altogether, following Ayn Rand’s mantra that “the only way a government can be of service to national prosperity is by keeping its hands off!”

Without government intervention the private sector would be free to produce the best, most cost-effective solutions.

The technological innovation these companies produce is critical if the world is to effectively address global climate change.

Innovative ideas can also help tackle the structural problems underpinning sluggish growth and high unemployment rates that have manifested themselves in OECD countries since the financial crisis.

And yet, private sector ingenuity and innovation by themselves are not what has led Denmark to produce a quarter of its electricity from wind and Germany to become the world leader in installed solar photovoltaic capacity while reducing its CO2 emissions by over 20%.

It is also not what is fuelling China’s massive renewables boom. In each of these cases proactive government intervention has made all the difference.

What governments in each of these countries recognized is that technological innovation does not equal market penetration.

The nature of today’s energy market often prevents new entrants from challenging vested interests, in turn slowing down the adoption of innovative ideas and, thus, the transition to a prosperous, low-carbon economy.

If left to their own devices, these new entrants are unable to overcome the systemic bias against clean, low-carbon technologies.

In the energy field, only government can create conditions that enable these technologies to gain a lasting foothold in the market and grow the economy by building a 21st century industrial base.

Critics contend that extensive government support has provided low-carbon technologies with an unfair advantage while driving up prices for all end consumers. Government, they argue, should not be in the business of picking winners and losers.

This narrative should be challenged on at least two accounts. First, it ignores the significant cost reductions that have occurred as the result of high learning rates, allowing for a gradual phase-out of subsidies.

For example, according to Bloomberg New Energy Finance, the world’s leading wind farms are already cost-competitive with traditional ways of generating electricity such as conventional coal or nuclear power. With global installed capacity growing year on year, onshore wind is expected to reach grid parity by 2016. Solar PV is not far behind. Combined with a suite of energy efficiency and energy saving measures, such developments will help lower energy bills.

Second, the energy system can hardly be described as laissez-faire, with government picking winners and losers for more than two centuries. No energy source, be it coal, oil, gas or nuclear, ever matured without significant government intervention. 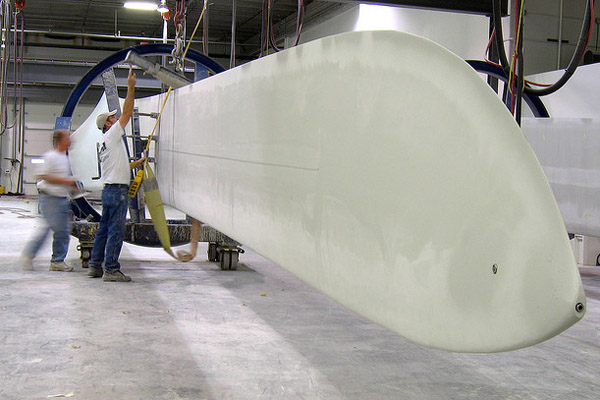 As Nancy Pfund and Ben Healy point out in a recent study of historical U.S. energy subsidies, the financial help granted to fossil fuels and nuclear power in their formative years was, as an inflation-adjusted percentage of GDP, many times greater than the support given to renewables today.

In the same way, the added benefits of low-carbon technologies and associated industries – greater supply security, a more diversified and stronger economy, efficiency savings, less CO2 and air pollution – will more than compensate for government intervention and investment.

The job of a free-market government is to ensure that the economic game is played fairly.

In energy policy this means continued intervention on behalf of new entrants. The job of any government is to create an environment in which business and industry can thrive, providing employment in R&D, manufacturing, installation, operation and maintenance and adding real value to the economy.

A proactive green industrial policy that is stable and consistent can ensure that gains made in the clean-tech, low-carbon sector are not lost but built upon. For governments gathering in Rio this June the message is clear: Hands on!