The UK has fallen behind its European and OECD counterparts on climate action during the past 20 years, according to new figures from the country’s Office for National Statistics (ONS). 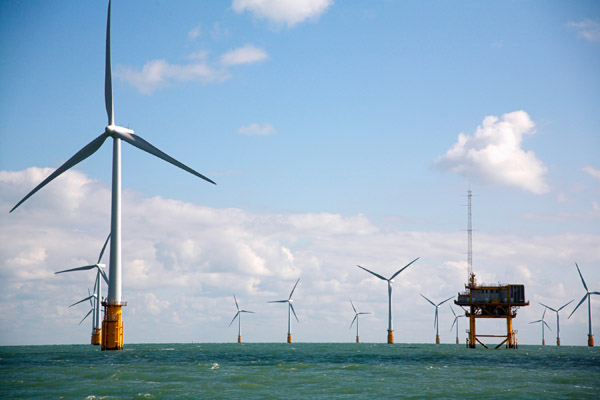 Offshore wind is expected to drive future growth in renewable energy for the UK. Five of the world's ten largest offshore wind farms are in the UK. (Source: Vattenfall)

The country sources just under 3% of its primary energy (including transport, heating and electricity generation) from renewable sources placing it 32 out of the 34 OECD member countries.

Despite growth of clean energy for electricity running 2.6 times faster than the average EU growth rate, just 6.7% of its consumed electricity is from renewable sources. The EU average is 18.2%.

The UK’s Committee on Climate Change (CCC) has estimated that a total of 30% by 2020 is achievable with offshore wind developments expected to deliver much of this supply.

There were some signs of improvement however.

Between 1990-2009 the volume of greenhouse gasses (GHG) emitted for each barrel of oil (or equivalent) used fell by 20%. The ONS attributes most of these cuts to the switch from coal to gas.

During 1990-1999 the UK was fourth out of the 27 EU members for cutting emissions of GHG per unit of energy generated. This was despite the country’s GDP growing substantially in this period.

The IEA recently praised the UK’s climate and energy policies but warned that it would have to remain diligent in order to ensure it met all its targets.