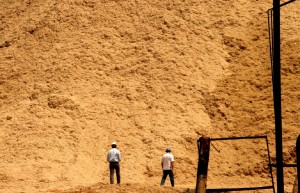 Waste is a huge problem for cities and towns across the world. In Africa huge mountains of waste scatter cities and the surrounding areas.

But these mountains of waste could be a valuable resource, providing both a source of much needed clean energy, while at the same time earning the companies involved carbon credits.

In Durban, South Africa for example, one landfill gas project – operational since 2003 – is generating an average of 6.5 megawatts of energy, with the capacity for as much as 8 megawatts.

The project not only provides the municipality grid with much needed energy but creates CDM points by both removing the methane released from landfills reaching the atmosphere and by cutting the demand for coal fired energy.

In the eleventh in the series of UNFCCC CDM Radio Club reports RTCC is hosting, Wambi Michael, a radio producer and host of an agricultural programme in Uganda, aims to find out if this project could be replicated across his country and Western Africa.