California could intensify its water scarcity problems if it does not address the demand that energy production places on its water resources, according to a study by the Stockholm Environment Institute (SEI) and the business leaders initiative 3C (Combat Climate Change). 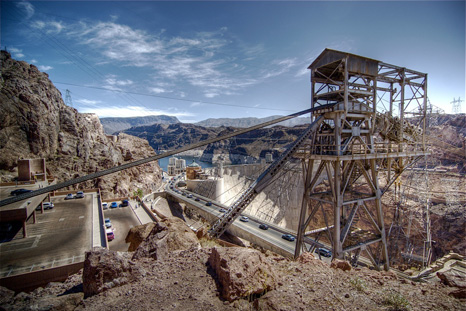 Most power plants, including renewables, interfere with or extract water from the natural hydrological cycle (Source: CreativeCommons/Wili Hybrid)

The world’s fifth largest economy and 12th biggest greenhouse gas emitter has an aggressive renewables target of 33% by 2020.

However, new research has shown that unless water use is factored into that plan, it could lead to greater water consumption than a high-carbon, business as usual scenario.

Power generation is the single largest source of withdrawals from US water resources. A pressure felt more keenly in California where a long-running water scarcity problem.

During Arnold Schwarzenegger’s time as Governor he called for the state to cut its water use by 20%.

Nuclear and fossil fuel plants rely on water for cooling. Hydropower interferes with the natural water cycle and causes more evaporation from the reservoirs behind the dams.

While some renewable technologies such as photovoltaic panels have low water demands, others such as biomass and solar thermal plants can also use large volumes of water. So while renewables may be low carbon, they are not automatically low water.

Geothermal and solar thermal plants in California will typically be sited in desert areas, where water scarcity is at its worst.

The result is a vicious circle between water and energy use.

As the effects of climate change are felt in California, energy use and pressure on water supplies are both likely to rise. The state suffered a three-year drought between 2007-2009.

Solutions are available that mean renewables can contribute to cutting water use.

SEI recommends that future energy planning should carefully consider issues of water scarcity and should maximise the water efficiency of cooling systems.

It also points out that boosting energy efficiency, will by default, also lower the amount of water used.

Developing new technologies to use treated wastewater from residential and industrial sources also provides an alternative to freshwater for cooling power plants.

The study found that water withdrawals, water that is used then returned to the water cycle, can be cut by 3.3 million cubic metres if technological improvements are added to the State’s existing renewable energy portfolio standard (RPS). SEI refers to this as the RPS and technology scenario.

Water consumption, water that is typically evaporated and not directly returned to the water cycle by the power plant, would rise only modestly under these circumstances.

A business as usual case sees withdrawals rise by 1.4 million and consumption by four times more than the RPS and technology case.