The UN climate change chief has called this winter’s negotiations in Doha, Qatar, a huge opportunity for the 20 year old process. 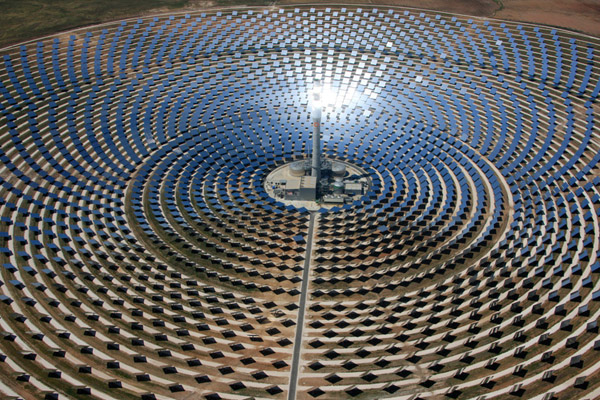 The Gemasolar CSP power plant in Spain, funded by Abu Dhabi's Masdar. Masdar Power is working in Abu Dhabi on one of the largest CSP plants in the world. (Source: Masdar)

The choice of Qatar, the world’s highest per capita emitter and a major fossil fuel producer, has been criticised by some who question the host’s ability to provide a balanced backdrop for the talks.

The Gulf States are among the highest per capita emitters in the world. Together they also represent almost half the world’s oil and a quarter of its gas resources.

When asked if she considered it a strange choice of venue at the Bonn climate change conference last week, Christiana Figueres was quick to put down the suggestion.

“The selection is made by our 195 parties,” she said. “Qatar was chosen after a two-year process and is a very important opportunity for the convention.”

It is the first time a UN climate change conference has been held in an OPEC country.

“It is an open invitation to all the Gulf countries to use the summit in Qatar to showcase what they are also doing to address climate change,” Figueres told a press conference.

“The fact is that nearly all the Gulf States are very vulnerable to climate change. They all suffer from decreasing water availability, and they understand it is in their interest to contribute to the solution.”

A major part of this contribution is the bank-rolling of fledgling technologies such as concentrated solar power (CSP) and desalination.

“Many of them are also investing in a technology that is going to be very important for many countries that is trying to bring down the cost of desalination, a technology many of them command but is currently very, very expensive,” she added.

“Any investment that they can make to bring down the cost and make that kind of technology available to other states is going to be important.”

VIDEO: Christiana Figueres tells RTCC that preparations for the next round of climate change talks in Doha are on track.