Photo of the week #19 – Melting water security on Mount Kilimanjaro 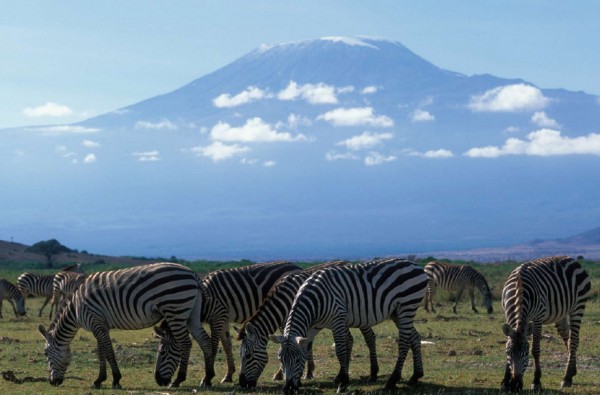 Mount Kilimanjaro’s ice cap and the glaciers that flow from it are disappearing fast. Climate change can be intangible, but its impacts, such as melting ice are clearly visible.

Many climate change activists have seized upon Kilimanjaro as a striking symbol of climate change, a poster child for the shrinking ice caps and glaciers around the world.

The evidence for a worldwide meltdown is overwhelming. According to the World Glacier Monitoring Service in Zurich, Switzerland, of the 88 glaciers surveyed in 2002 and 2003,
only four were growing and at least 79 were receding.

Since 1912, 80% of the ice has disappeared, and the rest could be gone in under 20 years. Many regions rely on freshwater supplies from glaciers.

In the Himalayas, for example, thousands of glaciers are the source of water for nine major Asian rivers.

Rapidly melting glaciers could significantly decrease the water flow, meaning that millions of people could struggle to find drinking water.