The recession boosted interest in sustainability from companies and investors, according to the Dow Jones Sustainability Index (DJSI) and sustainable investment firm SAM.

The DJSI assesses more than 800 companies on their sustainability performance within their field and compares them against their rivals.

The top scoring 10% in each sector combine to make up the Index’s 341 companies, attracting attention from investors keen to see their monies ploughed into the most sustainable businesses possible. 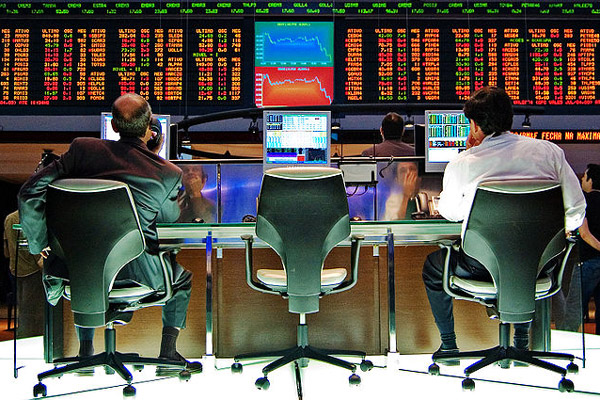 Investors are looking for new indicators, like sustainability performance to inform decisions on where they put their cash. (Source: Rafael Matsunaga)

Since the financial downturn, the index, which launched in 1999, has gone from strength to strength.

“The average score has gone up in every industry so it takes a higher score to get into the index in the first place,” said John Prestbo, Editor and Executive Director, Dow Jones Indexes.

As the score required to enter the index has increased, companies have had to raise the bar on their own efforts in order to gain entry.

“It certainly increased the interest of the investor community for other sources of information, rather than just relying on financial numbers alone,” said Christopher Greenwald, Head of Sustainability Application & Operations, SAM.

Greenwald added that the participation levels of companies seeking entry to the index had reached a plateau between 2003 and 2007, before growing again once the recession was in full swing.

“Since the financial crisis there has been more focus from corporates and investors in engaging with sustainability questions. That’s reflected in the growth of our participation rates,” claimed Greenwald.

With DJSI data showing a direct link between better performing companies (based on how much profit they can squeeze out of their assets) and their sustainability score, Prestbo claimed sustainability is a good rule of thumb for investment.

“Ask any portfolio manager what is the secret of success they’d say ‘the winners will take care of themselves, just protect me from the disasters’. Sustainability scoring is a way to protect yourself from the disasters,” he claimed.