By John Parnell
RTCC in Bonn

Poland may not be the obvious choice as the bastion of green issues on the Continent.

The country is nearly fully dependent on coal for the production of electricity, and also boasts what outsiders view as an obstructive voting record at the EU when it comes to climate change and energy.

But speaking to RTCC at the UNFCCC climate talks in Bonn, Tomasz Chruszczow, Poland’s special envoy for climate change defended his country’s record and said they were making strong efforts to develop in a sustainable fashion.

Poland is still maturing as an economy and often makes the same argument to its EU neighbours as India make at the UNFCCC global climate talks – that: “we have a right to develop”.

“Over the last 20 years of industrial and economic transformation, we at least doubled our industrial output but lowered our emissions by 30%,” said Chruszczow.

“We are making a huge effort. Let’s not forget that we are much smaller, we are responsible for a little less than 3% of the EU’s GDP. We are still catching up, building our prosperity and I dare say we are developing in a very sustainable manner.

“I think Poland has a quite well thought out approach to climate change and sustainable development of the economy. Show me another country in Europe that is doing the same,” he challenged.

Critics would however point to Poland’s recent record at the EU. 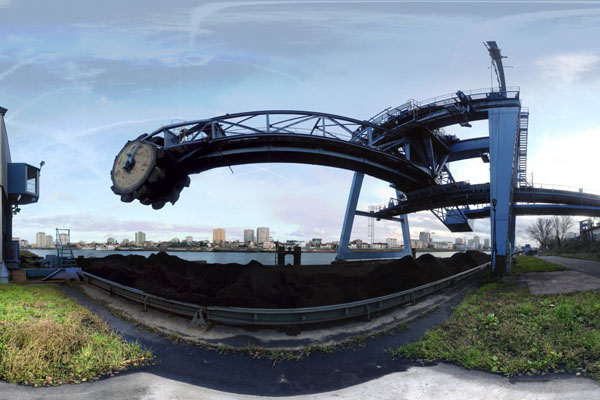 Poland is dependant on coal for 92% of its electricity supply. (Source: Flickr/gadl)

It is reportedly against the increase of EU emission cut from 20 to 30% and it voted against the fuel quality directive (designed to effectively block carbon intensive energy sources such as Canada’s tar sands, from the European market).

Chruszczow admitted that the environment cannot be the sole concern of a government, but maintained that Poland’s broader environmental record speaks for itself.

“We also have to care about our energy security and the healthy state of public finances,” he said.

“I say low emission, not low carbon for a purpose. We should not only think about greenhouse gases but also other pollutants that are harmful for human health and the environment,” he said.

Have your say: Is Poland really one of the greenest countries in the EU? Does current EU President Denmark deserve that title? What about renewable energy powerhouse Germany? Let us know via our twitter account @rtccnewswire or email [email protected].