PODCAST: What lessons can Uganda learn about the CDM from Mexico 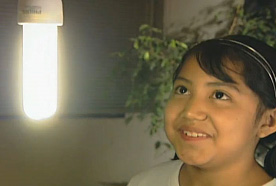 A growing demand for energy in Uganda, coupled with a lack of investment in infrastructure is leaving the country with power shortages.

Both public and private investment is needed to ensure the energy capacity in the country meets the growing demand.

Through partnership with the World Bank, Mexico is implementing a sustainable lighting project.

In the tenth in the series of UNFCCC CDM Radio Club reports RTCC is hosting, Emmanuel Okella news editor and environmental journalists for Radio Simba-Uganda wonders if such a project can be implemented in his own country, where there is an acute shortage of power supply.

At the sidelines of the UN climate talks in Durban he talks to the Mexican Deputy Director for Climate Change, Luis Alfonso about a program that aims to benefit 47 million households in his country.