As UN climate change negotiators prepare to gather round the table in Bonn next week, RTCC looks at some the key parties’ opening positions as they look to raise the level of ambition. 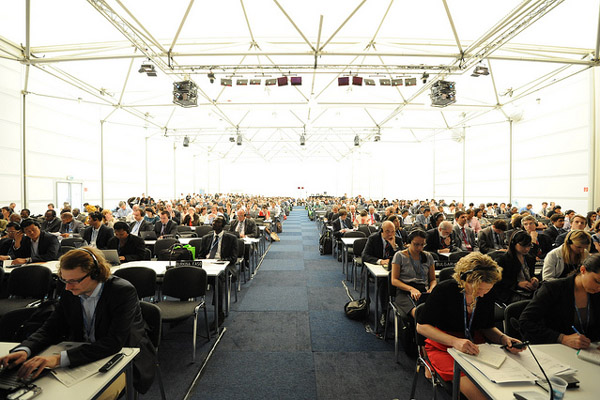 Negotiators in Bonn will spend two weeks preparing the groundwork for another crucial year for the UN climate change talks. (Source: Flickr/UNFCCC)

Following the last instalment in Durban, countries agreed that they would begin laying the foundations for talks on a global climate deal that would involve all 194 countries agreeing on legally binding emissions reductions.

In the meantime, the existing Kyoto Protocol, which involves only rich countries making cuts, is set to expire and the developing world wants a second set of pledges decided by the end of the year.

The Durban Platform also agreed that all parties would work to increase the ambition of the talks as they seek to curb warming.

RTCC looks through the demands of some of the major negotiating blocs and key individual nations.

All the submissions can be viewed in full here.

India is at the heart of the developed/developing argument. It wants to delay any plans for a new global deal till after the next IPCC report on the climate science due in 2015, a move described by critics as a stalling tactic to allow them to keep growing their economy (and emissions output) at the same time.

India also wants to see developed countries raise their emissions targets to between 25-40% by 2020, as recommended by the last IPCC report on climate science and an end to the EU carbon price on international aviation.

The European Union discusses targets in terms of limiting warming to 2°C rather than naming a percentage target, although it is known that members are debating a rise of 25% or 30%. Coal-reliant eastern European countries are resisting however.

The EU also turns the spotlight on the “ambition gap”, the difference between the emission cuts needed to limit warming and what has been pledged. It also says developing nation’s contribution to closing this gap is sizable. 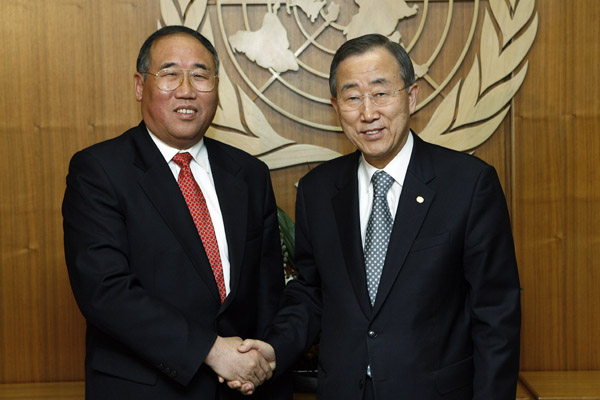 China calls for developed countries to “take the lead” by reducing their emissions and ensuring money and technology flows to developing countries to help their efforts.

They also state that the possibility of any increased ambition from developing countries depends entirely on the level of support provided by developed nations.

The US demands that countries that haven’t yet pledged to make voluntary emissions cuts, do so.

It also wants talks on the removal of fossil fuel subsidies and more parallel scheme to tackle so-called “short-term climate forcers” such as methane, soot and HFCs. The US also proposes an increase in regional and national initiatives, presumably outside of the UN process.

Gambia (on behalf of the Least developed Countries)

Gambia backs the level of ambition set out by the IPCC however, it wants the timetable for these decisions brought forward from the current deadline of 2015.

It calls for rich countries to remove the number of conditions around their own pledges, to pursue renewable energy targets as well as emission cuts and for the removal of fossil fuel subsidies. 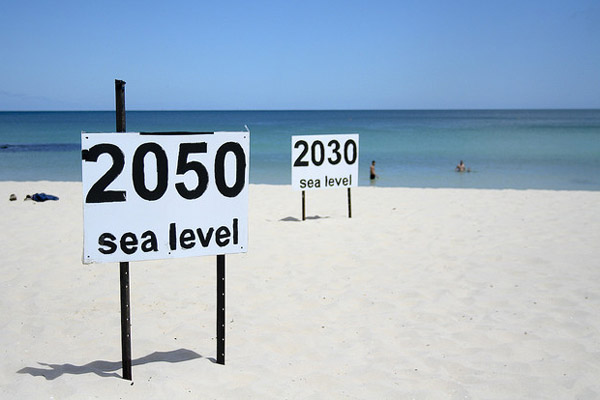 Low lying nations in the Pacific are vulnerable to rising sea levels strengthening their resolve at the talks. (Source: Flickr/GoGreenerOz)

Nauru (on behalf of Alliance of Small Island States)

The low lying AOSIS countries, among the most vulnerable in the world. They call for a close in the ambition gap and the use of the UNEP report on the gap, to be used as an annual check on nations’ pledges. They also request for fossil fuel subsidy reductions and the inclusion of aviation and shipping in emission targets.

The Saudi Arabian submission stresses that raising ambition is the responsibility of developed countries and is not a requirement for all.

It stresses that any voluntary pledges from developing countries should not affect a country’s development.

It also suggests historical emissions data should influence the size of a country’s targets, a move that would be beneficial to countries that have developed at a fast rate in recent decades such as Singapore and Qatar.

Ecuador, like many other South American countries, has strong environmental protection laws in place and is highly vocal during the climate talks. Along with Bolivia, it has granted nature the same rights as humans.

Ecuador, as well as backing the principle of common but differentiated responsibilities also backs some more radical ideas for a future global deal.

It want to see an International Climate Justice court created to deal with those that fail to meet future responsibilities under the UN climate process.

It also supports limiting warming to 1.5°C, rather than 2°C.

View the RTCC submission to the UNFCCC on raising ambition at the talks.