Is the Philippines’ climate law the best in the world?

The climate change laws in the Philippines are “best in world” according to a UN special envoy.

Margareta Wahlström, the special Disaster Risk Reduction representative of the UN Secretary General praised the Philippines for the law on climate change adaptation and disaster risk reduction for taking a lead in the global campaign to mitigate the risk from climate change.

Speaking at a press conference in the country she said: “You do have now an excellent legal framework for disaster risk reduction and an excellent framework for climate adaptation. The basis [of the laws] is really for empowering local governments.” 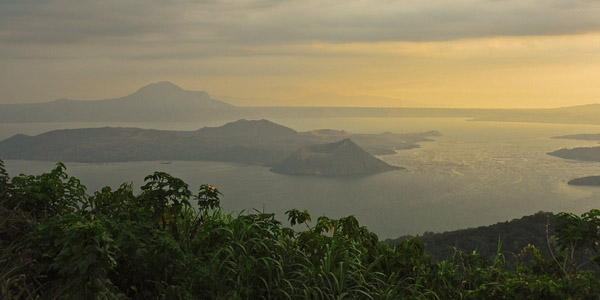 She stressed that the laws represented a policy shift from reactionary to proactive and commended Senator Loren Legarda for her work in creating the laws.

This Commission then cosponsored the second of the Philippines laws the Philippine Disaster Risk Reduction and Management Act of 2010.

What makes these laws the best in the world?

Let’s compare these laws to the UK Climate Change Act of 2008. In a similar way the Philippines laws set out a Climate Change Commission to tackle climate change, the UK’s Committee on Climate Change was also founded as provision to the 2008 law.

However, beyond this the law also laid out clear targets for the country to reduce its emissions by 80% by 2050 on 1990 levels and to set out 5 yearly carbon budgets and incentive mechanism to help the country achieve this aim.

In the same way, the latest country to pass climate laws, Mexico will also set out clear budgets on emission reductions within this legislation as well as establishing a voluntary carbon trading scheme.

Unlike these laws, the Philippines Climate Change Act of 2009 has no legally binding targets on greenhouse gas emissions and it has no targets on renewables.

However, reading over the country’s climate laws, some aspects do make the Philippines stand out as progressive when it comes to the ways in which they plan for climate change and help it live up to the new title given to it by Wahlström. 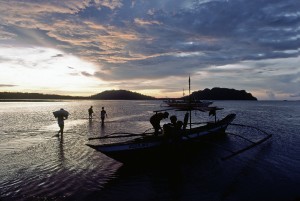 The Act aims to include all agencies in the creating climate change policy, inclduing trade and industry (© Oddbjorn Manen/UN Photo)

An inclusion of all relevant departments and agencies:

One of the major criticisms of climate policy, the world over, is that it is often treated as an isolated issue, and dealt with by a few specific departments and organisations. How many times before have we heard that their needs to be a more joined up approach to climate policy?

Written into the 2009 Act was the premise that the advisory boards to any Commission should include secretaries from the Departments of Agriculture, Energy, Environment and Natural Resources as well as Education, Foreign Affairs, Health and Interior and Local Government.

Other sectors included in the Commission include Defence, Science and Technology, Industry and Development, showing a multi-faceted approach to climate change.

Outside organisations including representatives for women, from provinces and cities, from industry, education and civil society are also included in the Commission which meets at least four times a year.

To further ensure this cross-sector and cross-department approach is taken it is written into the Act for “the State to systematically integrate the concept of climate change in various phases of policy formulation, development plans, poverty reduction strategies and other development tools and techniques by all agencies and instrumentalities of government.”

Alongside this, however, it also proposed a series of Local Climate Change Action Plans which would allow frontline agencies to formulate, plan and implement plans in their area within the framework of the National Plan. 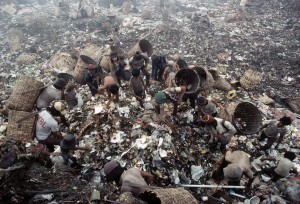 Focus on Gender and youth involvement

Another area where more work has to be done globally is the inclusion of women, and the youth in climate change policy. While this is slowly improving, there is still a lot more to be done to both acknowledge the impacts of a changing climate on these vulnerable groups but also the power they have in driving change.

In the Philippine’s Climate Change Act and the Disaster Risk Reduction and Management Act mentions of both women and children are in abundance including “the policy of the State to incorporate a gender-sensitive, pro-children and pro-poor perspective in all climate change and renewable energy efforts” and to “conduct early recovery and post-disaster needs assessment institutionalising gender analysis.”

The depth and bravery of the Philippines’ law should provide food for thought for national negotiators as they gather in Bonn next week for the next round of UN negotiations on climate change.

How do you think the Philippines has done? Should the EU be matching this? What about other developing economies?