A new study has discovered that Greenland’s glaciers are flowing about 30% faster than at the turn of the century but their contribution to sea level rise is much below the worst case scenario. 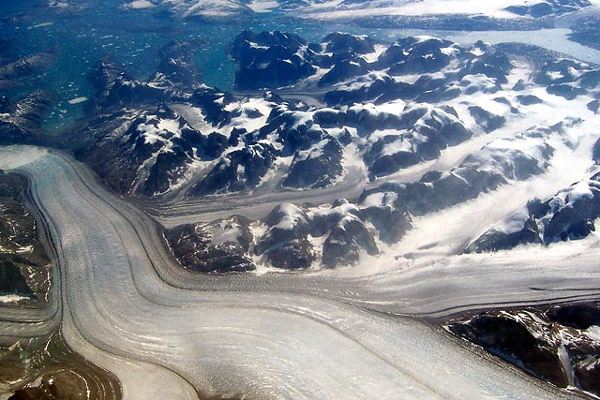 The researchers from Washington and Ohio State universities, examined 200 small glaciers in Greenland. They found some glaciers nearer the coast could travel as much as 7 miles a year compared to 30-300 feet a year for inland glaciers.

The faster a glacier moves the more water it deposits in the oceans. Understanding the rate that glaciers and ice sheets melt and break-off or “calve” into the oceans is key to predicting future sea level rise.

According to the paper published in the journal Science, the glaciers averaged an increase in speed of 30% between 2000-2011.

Previous predictions of sea level rise have ranged from zero to as high as six feet by 2100.

Twila Moon, lead author of the paper said it was difficult to see the worst case scenario unfolding based on current evidence.

Even modest sea level increases can contaminate fresh water supplies and the frequency of storm surges.