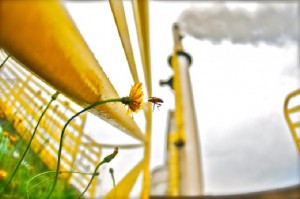 For the Ugandan municipality of Bally, considered the cleanest in East Africa in the 1970s and early 80s, this has meant a growing mountain of waste filling the region.

But this could soon be a thing of the past as a compost processing plant – funded through the World Bank – is helping the region to reduce waste, capture methane and increase food production.

Not only can the scheme benefit from carbon credits through the Clean Development Mechanism (CDM), but local farmers are feeling the financial benefits too.

While one kilo of fertiliser would cost a farmer around $2, the new manure produced by the plant will cost just 100 Ugandan Shillings – the equivalent of $0.10.

In the ninth in the series of UNFCCC CDM Radio Club reports RTCC is hosting, Wambi Michael, a radio journalist from Uganda, finds out how a compost plant could be a solution not just for Bally, but in other municipalities across Uganda.

Wambi Michael was one of the finalists in the 2011 UNFCCC/CDM African Radio Contest.