The business case for standardisation 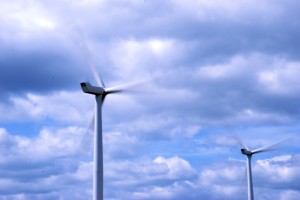 Standardisation: the condition in which a standard – an agreed level quality or attainment – has been successfully established.

US Energy Secretary Steven Chu picked up this theme during last week’s Clean Energy Ministerial in London, emphasising that standardisation is a vital and simple tool that governments should work towards implementing across the clean-tech sector.

So why does it matter?

Well imagine if every time you brought a new piece of furniture, the nuts and bolts used to build it were a different shape and size. You would then have to buy  specific tools to work with that type of nut or bolt.

The extra hassle could make you less likely switch to a new company; in effect you would become locked in to a long line of products from one source.

Some companies clearly believe this can give them a competitive angle – Apple’s development of an ecosystem of hardware and software being an obvious example.

But an open market system, with core standards is more likely to nurture competitive contracts and long-term research and development.

By standardising the system, companies can also develop a bond with their customers – who know what they can expect from their purchase.

But what does this have to do with low carbon energy?

In the same way that standardising nuts and bolts, or components for computer systems, creating standards for low carbon technologies could help to provide the market with some of the clarity it needs.

Gabriel Barta, Head of Technical Co-ordination at the International Electrotechnical Commission explained to RTCC why this is such a key area.

1. Standards can make a market bigger

If each element of a wind turbine works with another, explains Barta, organisations building them find it easier to get cost effective contract.

“There are many areas where the size of the home market is not given,” he said. “There is no absolute way that the world is structured so that we know that 14 thousand wind turbines will be sold this year or this decade.

“The market depends largely on how easy it is to implement the thing you want to implement and that can be very much facilitated by standards.”

2. Standardisation makes design more efficient and could save you money

Implementing standardisation will limit duplication, and save a business time and money. It also been the best researchers and scientists can work and experiment to get the best technologies.

3. Companies can still be competitive

Not all elements of every technology would have to be standardised, and a company can still become competitive but standards one some of the more technical aspects can be a benefit to businesses.

4. All relevant stakeholders should be included

“The way we do about it,” explained Barta “is to ask each of our national committee members – we have one member per country – to bring in all of the relevant stakeholders in their country.

While working most strongly at a technical level – a similar thing would be less positive when approaching policy – Barta says these stakeholders could include large manufacturing companies, small companies who provide much of the work, local government institutions and research and engineering institutions.

VIDEO: RTCC’s Ed King spoke to Gabriel Barta, Head of Technical Co-ordination at the International Electrotechnical Commission about benefits of standardisation in the low carbon sector.