What is sustainable energy? 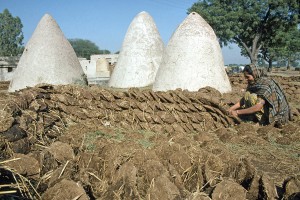 With 2012 designated the year of Sustainable Energy for All by the United Nations and the issue high on the agenda at the Rio+20 summit in June, what exactly is sustainable energy and how can it help developing countries?

The immediate image it may conjure in the developed world is much the same as renewable energy. The two are not interchangeable however.

Technologies that work elsewhere, cannot be transplanted into the developing world and expected to function the same.

“It should not negatively impact the broader environment or people’s local environments that they depend on for their livelihoods. It shouldn’t impact people socially, in terms of human rights and health impacts either.

There have been instances in Central America of land clearances to make space for huge energy crop plantations. These have led, in some cases, to violent clashes including one incident in Guatemala that saw three people killed.

Sabido says that the definition of sustainable energy also rules out technologies that could contribute toward dangerous levels of climate change, such as coal.

It’s not all about large-scale electricity generation however.

These can both save money for the user while reducing wood burning can help save the time taken to gather it and helps provide marginal vegetation with a better chance of developing. The health benefits are perhaps the most tangible however.

Identifying the right kind of projects is only half the battle however.

“If energy access is to be achieved in these countries the whole process must be transparent,” says Geoffrey Kamese, Programme Officer, National Association of Professional Environmentalists, Uganda (NAPE).

“When you invest a lot of money in a project, at the end of the day, corrupt leaders, corrupt companies end up taking out most of this money. It does not end up benefitting the communities for whom it was intended. If we are to overcome that kind of shortcoming the processes must be transparent.”

Kamese says that large, centralised projects such as new power stations to feed a national grid are more susceptible to corruption than others.

“Development in Africa has been decided by the politicians. They want to leave a legacy behind, some big investment that they will be remembered for. Yet, these big, big investments do not benefit small, rural communities.” 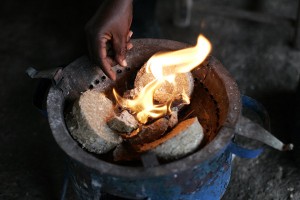 So what does Kamese hope to see from Rio+20.

“When we are going to develop projects that benefit our people, they must be able to participate. When we talk about participation nowadays it is only participation in quotation marks,” says Kamese.

“We need communities to discuss their own problems and come up with solutions that informs the decision making,” says Kamese. “We want meaningful participation at Rio. Let the people generate the ideas.”

While the expectations of Rio+20 are routinely talked up, Kamese warns of the dangers of pushing for tangible, concrete results at the summit.

The role of business

Funding the sustainable energy agenda is another issue that will have to be tackled at Rio+20.

While Kamese is correct that limiting corruption will help offer good value for investment, attracting that funding must come first.

Nick Main, Global Leader of Sustainability and Climate Change with the consultancy firm Deloitte, says sustainability has become an integrated part of the business landscape.

“The term tends to have a green tinge to it but now it is much broader than that,” he says.

“This is about business resilience, the ability to continue in the future and it’s not purely about business. It’s not just about environmental sustainability, it’s about resource efficiency.

“It’s also about the social impacts too. People realise that you can’t have a sustainable business in a community that isn’t flourishing.”

AUDIO: What do the terms sustainability and resilience mean to the business community? Deloitte’s Nick Main tells RTCC’s Ed King…