EU “will not abandon” biofuels in face of renewed criticism 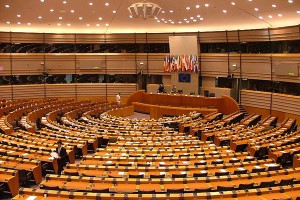 The EU will not abandon biofuels a spokesperson has said. (Source: Wikimedia/Alaz)

The EU will stand by its commitment to biofuels despite criticism from an NGO that that growing crops for fuel raises food prices and displaces local communities.

A report by ActionAid released on Wednesday (25 April) claimed that Europe should drop its target of sourcing 10% of its transport fuels from renewable sources by 2020.

“If it continues to ignore the impacts of its biofuels policy on people living in some of the poorest parts of the planet, the EU will effectively be sponsoring hunger and human rights abuses on a massive scale,” said Laura Sullivan, ActionAid’s Head of European Advocacy.

“Instead of pumping money into this fool’s gold, the EU needs to drop its targets and subsidies, and invest the money in truly sustainable alternatives, that support local farmers to produce food not fuel,” she added.

But in a statement sent to RTCC, an EU Commission spokesperson said they remained committed to the energy source.

“The EU Commission will not abandon the EU renewables policy and continues to believe that biofuels can make a positive contribution toward the EU’s climate and energy objectives if all issues, including indirect land use change impacts, are properly addressed,” said the spokesperson.

There is currently an evaluation underway at the Commission on the effects of changing land use on the carbon emissions associated with biofuels.

“The Commission is currently finalising its impact assessment [on land use] and will, if appropriate, present legislative proposals for amending the existing EU Renewable Energy Directive (RED) and the Fuel Quality Directive (FQD).”

The spokesperson also reiterated that neither of these EU targets were specifically for biofuel.

The FQD is targeting a 6% cut in greenhouse gas emissions from road transport fuels.

The RED goal is to source 10% of EU transport energy demand from renewable sources. Although this does not exclusively mean biofuels, ActionAid claims that 88% of this renewable transport energy will be from manufactured biofuels.