Putting communities at the heart of Iranian desertification projects 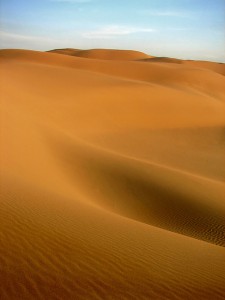 Iran is home to two of the world’s largest deserts, and around 100 million hectares of this land – around 70% – is suffering from desertification.

The average rainfall in Iranian deserts is about 50 mm annually compared to 320mm elsewhere in the country.

One professor at the Allameh Tabatabai University, Esmail Kahrom, has called on the government in Iran to improve water management, which he believes has increased desertification across the country.

He said last year Iran had jumped to the top position for soil erosion, from second place in 2010, which he has blamed on the drying up of ponds and lakes, the retreat of groundwater supplies and deforestation and vegetation elimination.

However, action to combat desertification is not new in the country, and the first projects aimed to do just that were implemented over six decades ago.

Dr Farshad Amiraslani, Assistant Professor at the University of Tehran, has been looking back over the last half a century of desertification action in Iran to see what the country has learnt from such projects.

For Dr Amiraslani, two specific changes to the way Iran dealt with desertification triggered a change in the success of projects on the ground.

Firstly in 2004, following the government’s commitment to the UNCCD, Iran developed a National Action Plan to Combat Desertification (NAP), which outlined the short, medium and long term programmes.

This took desertification planning away from a case-by-case analysis to a province wide and national approach to the problem.

This was twinned with another major change Dr Amiraslani’s research found to be vital in developing productive policies – the engagement of local and non-governmental groups. 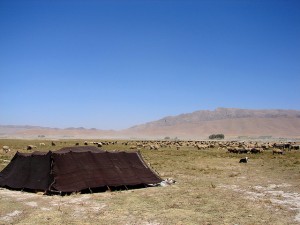 “Local people encompass good traditional knowledge that may be used to help experts who have no ideas on local communities and environment,” Dr Amiraslani explains. “This traditional knowledge together with their commitment to cooperate with experts have certainly been key factors in successfully combating desertification in Iran.”

For example the Sustainable Management of Land and Water Resources (SMLWR) project – carried out in conjunction with the UN Development Programme and the Food and Agriculture Organisation – running since 1998 in the Semnan province was meant to be a formal introduction to the NAP.

The project can be seen as the first direct attempt by the Iranian government to include local communities in their projects – not only to develop projects around communities but using them to spread the word about successful techniques.

One of the successes of the project was the formation of a Women’s Bee-Keeping Association.

Following a workshop in the village of Remah village – where one of the primary concerns raised by women was unemployment – the project aimed to both generate new income for women in the community and make them more aware of their surrounding areas. 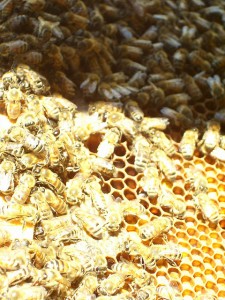 Results of the project show that women in the village have become much more aware of their surrounding environment, including overgrazing, conservation, the side effects of pesticides and the capacity of rangelands.

Other successes from local projects have included the improvement of water resources, recharging aquifers and extending small gardens and orchards.

And the project was able to expand as local communities learnt from one another’s experiences, something Dr Amiraslani says is a vital component to the projects successes.

“The participation of some local men and women in local projects have encouraged others to cooperate and conserve their surroundings in a more effective and sustainable way,” he explains. “They have finally come to realise that these projects are going to provide better environmental conditions for themselves, their live stock and for future generations.”

There were however barriers to community engagement, including high rates of illiteracy, a lack of co-ordination and poor understanding of local co-operation by the public sector.

As part of this agreement they are planting 2.1 million hectares of forests in attempt to halt land degradation.

For more from Desertification week: