“Significant Challenges” for life in the Arctic Ocean, says report 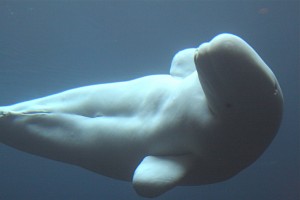 Climate change could be reducing biodiversity and posing “significant challenges” to the survival of marine life in the Arctic Ocean, according to a new study.

The unique research – the first to study the effects of global warming on the Arctic Ocean across all seasons – aimed to learn more about the impacts on the polar marine ecosystem of the “most rapid warming trend in at least the past 1,450 years”.

The some 350 researchers from 10 science teams across 27 countries spent 293 days in 2007-8 in the Southern Beaufort Sea onboard the research icebreaker Amundsen examining everything from ocean current to ice algae and beluga whales.

The study, released at the Polar Year conference in Montreal this week (April 22–27) found that as ice coverage and thickness have reached record lows in the last decade, the energy dynamic of the Arctic Ocean has changed, producing profound effects for weather, ocean current and plant and animal life.

With increased penetration of solar energy and warmer ocean surface water, the researchers found a significant rise in biological production in the Arctic Ocean.

As more solar energy hits open water, ice melt can also affect the carbon exchange between ocean and atmosphere, says the research. Longer, warmer summer can cause more CO2 to escape to the atmosphere while in winter the colder open water can absorb more.

While the researchers say they are still not sure how much CO2 is stored and released they discovered that the winter process could be just as important as the summer for carbon exchanges.

Changes in temperatures can also bring mixed results for biodiversity. While the increased presence of eddies, or spinning underwater currents, observed by the researchers could introduce more nutrients to the water and increase populations of fish, warmer temperatures have also allowed invasive species to migrate north – putting unique Arctic species at risk. 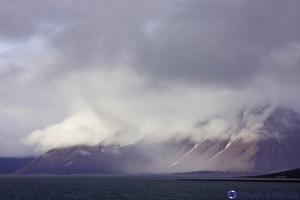 The study also aimed to develop an extensive database of traditional knowledge from the Inuvialuit living in the Western Arctic and create a “Two Ways of Knowing” framework to integrate this knowledge with Western science.

The Polar Year conference taking place this week in Montreal brings together polar researchers from around the world.

In another study released at the conference – from the Arctic Council’s biodiversity working group, researchers argue that some fish and mammal species are actually increasing in the Arctic.

The research, a collaborative study from the Circumpolar Biodiversity Monitoring Programme, the Zoological Society of London and the World Wildlife Fund, examined 890 populations of 323 species of Arctic vertebrates.

They found that some fish populations had risen dramatically and that those living closer to the surface water were more susceptible to climate change than those living near the ocean bottom.

While some mammals were found by the study to be recovering from exploitation, rising populations of gray whales, bowhead whales and Greenlandic walruses have not yet returned to historical levels.