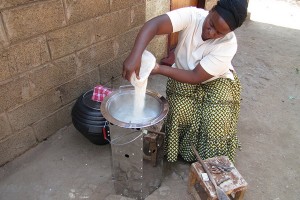 Some of the world’s poorest countries are gearing up for a climate funding boost as new UN and EU policies unfold.

As the Africa Carbon Forum comes to a close in Addis Ababa, Ethiopia, the UN’s climate agency, the UNFCCC, announced new loan scheme to help get projects off the ground in Least Developed Countries (LDCs).

The UN’s Clean Development Mechanism (CDM) allows third parties to invest in projects to cut carbon in developing nations. In return the investor receives carbon credits that it can trade in the carbon market.

While there are currently around 3560 projects registered under the CDM in China, according to the UN Environment Programme, there are only around 235 registered in the whole of Africa.

“The CDM Loan Scheme is a chance to improve the access to and spread of the CDM, particularly in Africa,” said Christiana Figueres, executive secretary, UNFCCC at the event in Addis Ababa.

“I hope during next year’s Africa Carbon Forum, we will see the positive impact this scheme has made towards ensuring the active participation of the continent in the CDM.”

The EU is also addressing the imbalance in the distribution of CDM projects by only awarding credits to projects in LDCs.

“The vibe coming from the people on the ground is that these changes are a positive step,” Sophy Greenhalgh, programme manager with the International Emissions Trading Association (IETA) told RTCC from the sidelines of the event.

“There will be more opportunities for the very least developed nations through the CDM and through the voluntary carbon markets as well.”

“The African nations are also pushing for reforms on the CDM to speed up administration, reduce the transaction costs and simplify the process,” added Greenhalgh.

Some argue that CDM projects can provide extra value for money in LDCs as they often provide fringe benefits that enhance development.

Projects to improve the efficiency of cookstoves for example, improve air quality and health, as well as reducing emissions.

“I think there will always be a market for emissions reductions alone. In the voluntary market in particular however, there is an appetite to see those development benefits too,” said Greenhalgh.