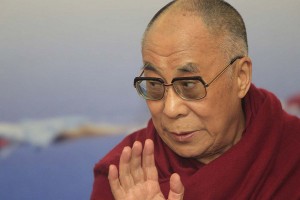 His Holiness the Dalai Lama said climate change is a universal problem that is in everyone's interest to tackle. (Source: Flickr/Serjao Carvalho)

His Holiness the Dalai Lama has criticised the leaders at the UN’s 2009 Copenhagen Climate Change Summit calling them “short-sighted”.

Speaking at the University of California San Diego (UCSD), His Holiness talked about the need for unity among those facing environmental challenges.

“In Denmark, at the Copenhagen Summit, you see, nations considered their own interest as more [of a] priority than [the] global issues,” he said. “So, that’s actually short-sightedness.

“No matter how big or great one individual country is, its still part of the world.

Building on one of his key themes of global responsibility, he called on leaders to build trust.

The Dalai Lama has a track record of backing environmental causes and calling for action on climate change, particularly in his native Himalaya.

Following a presentation from two leading climate scientists, his Holiness talked of the importance in continuing education on environmental issues. He added that because the effects of climate change and pollution are not as strikingly visible as war or famine, it was harder to make people act.

Wearing a UCSD visor, much to the delight of the audience, he said that the problem with most education systems was that they were grounded in modern economic, rather than ethical, thinking.

“This blue, small planet is our only home. We have to take care,” he said.