UK must be more open on ‘outsourced’ emissions, say MPs 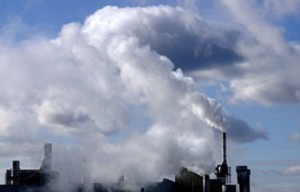 The UK must recognise and be more open about the emissions it ‘outsources’ to other countries, the energy and climate change committee of MPs has said.

The report, released by the committee said the UK government should be more straightforward about the impact the country’s consumption is having on climate change if it is to encourage reductions in countries that manufacture and export goods to the UK.

They say acknowledging this could increase the country’s leverage to help secure a binding global agreement on carbon cuts.

Tim Yeo, Chair of the committee said: “The UK can scarcely lecture countries like China for failing to sign up to binding emissions cuts when much of their pollution is produced making products for us and other high-consumption economies.

“We are not saying that consumption emissions should form the basis of a new global climate treaty but a more honest approach about our contribution to rising CO2 levels could help to break the stalemate.”

The official CO2 figures from the Department for Energy and Climate Change (DECC) count territorial emissions from power stations, transport and other industries within the UK.

According to these figures the UK has achieved an almost 20% reduction between 1990 and 2009.

However, if consumption based emissions – from imported goods – are included, research from the Department for the Environment Food and Rural Affairs (Defra) show emissions to be 20% higher in 2009.

The latest report says emissions reductions have not necessarily been a consequences of the Government’s climate policy but from a shift in manufacturing away from the UK.

Speaking at the a select committee on this subject, Minister for Energy and Climate Change, Greg Barker told the committee a switch to consumption-based emissions reporting could jeopardise the UN climate negotiations.

Today’s report, however, argued that the difficulty involved in switching reporting should not be used as an excuse for inaction.

It stressed that DECC should no longer exclusively rely on territorial emissions, saying new policies should be looked at to identify carbon-intensive behaviours previously overlooked.

They say consumption-based emissions data should be used to help set emissions targets at national level.