Greenpeace slates Apple, Twitter and Amazon over energy use 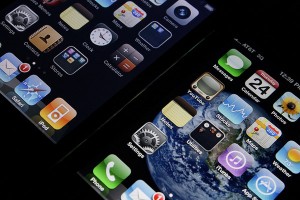 Apple has been criticised by Greenpeace for relying too heavily on coal for its data centres. (Source: Flickr/Yutaka Tsutano)

Apple, Twitter and Amazon have been criticised by Greenpeace over the renewable power and energy efficiency of their growing data centres.

As more and more data storage is moved to “the cloud”, vast banks of servers are required to host the information creating a new energy drain.

The power to operate and cool these data centres is also a large cost for firms such as Facebook and Google.

The Greenpeace report looked at each company’s energy efficiency, renewable advocacy, transparency and how sensibly their infrastructure had been sited.

Amazon, Apple and Twitter all received at least one “grade F” in these four criteria

Apple also had the highest percentage of its energy (55.1%) sourced from coal and just 15.3% from renewables.

The company has since defended its record adding that its new Maiden data centre will draw 60% of its energy from renewable sources.

Google, which has previously invested in clean energy projects, and Yahoo were top of the class.