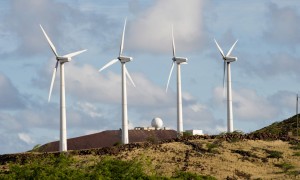 The research found that the costs of wind varied between country, but in at least two countries is produce negative incremental costs (© Lance Cheung/Creative Commons)

New research calls for an overhaul of the Clean Development Mechanism (CDM), to favour bottom-up approaches, as it finds huge cost variations in renewable energy implementation across the developing world.

To date 4000 projects have been registered under the CDM. But the latest study, published in Nature Climate Change, says it still needs to be “scaled-up massively” to reach the 450 ppm CO2 only target.

It called for reforms to the CDM, to include differentiating countries and technologies while also highlighting the potential of nationally appropriate mitigation actions (NAMAs) which are receiving growing attention in the global arena.

The researchers found large variations in costs depending on both the country and the technology and that the extent of fossil fuel subsidies in some countries can have a negative impact on the competitiveness of renewables.

And huge variations were not only found across different countries, according to the researchers, but also within them.

Of the six countries chosen – Brazil, Egypt, India, Kenya, Nicaragua and Thailand – the researchers had to break the larger countries, Brazil and India, down and examine specific regions within them, because of the varied nature of power generation.

They study examined two technologies over the six countries, solar and wind, against each countries’ baseline power mix, both in terms of incremental costs and carbon savings. Finally the research examined the findings against current fossil fuel subsidies.

It found very different results depending on country and technology. For example looking at baseline energy production cost differences of up to a factor of 4.9 were seen. For example in Kenya and Nicaragua baseline costs were high – due to reliance on oil – where Brazil was at the lower end, with a baseline mix dominated by hydro-power.

The case against fossil fuel subsidies

Costs for wind were much lower in Egypt, and in Kenya and Nicaragua the incremental costs of solar are in fact negative – due to the very high costs of their baseline generation.

A very different picture emerged, however, when fossil fuel subsides were also considered – particularly in countries where the costs of renewables were close to that of existing baseline mixes, without subsidies.

The study makes a strong case for the removal of fossil fuel subsidies – which have risen in recent years despite multiple calls and the G20’s efforts to phase them out – to boost investment in the renewable sectors in the countries examined.

The researchers believe this analysis creates a good case for developing a reformed CDM system which works on a more bottom-up approach and takes into account the differentiation between country and technology to drive more investment in the developing world.

However, the researchers believe that, in larger countries with the institutional capacity, the NAMA system could be even more effective – replacing the CDM.

“Nationally design NAMAs can address country-technology combinations well, for example, through technology-specific feed in tariffs on a national or even regionally differentiated) level, without requiring excessive expenditure in terms of administrative costs and time,” says the report.

It does, however, highlight the reformed CDM’s potential in small countries with little institutional capacity.