A group of Asian glaciers have gained mass but remain a global anomaly, according to new research published in Nature Geoscience. 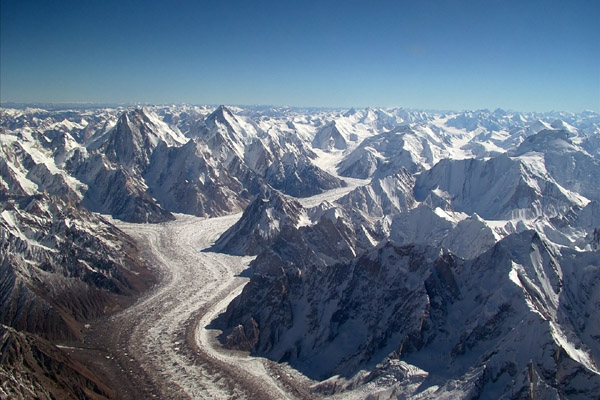 Glacier in the Karakoram region have been shown to be growing, bucking the global trend. (Source: Flickr/*_*)

Glaciers in the Karakoram range, north of the Himalaya, were previously thought to be growing or in a state of equilibrium, gaining as much water from precipitation as they were losing from melting.

According to UNEP, ice sheets and glaciers account for 68.7% of the world’s freshwater. The US Geological Survey predicts that if all of this melted, sea level would rise by 70m.

Globally, the world’s glaciers are shrinking.

The new study of the Karakoram used French satellite measurements to predict changes in the glaciers’ mass balance (the difference between precipitation gains and losses to melting).

It found that the overall change was a gain of 0.11m a year. The margin for error in the data is ±0.22m a year. This means there is a small chance that the glacier shrank by 0.11m in a year but could also have grown by as much as 0.33m a year.

The results mean the Karakorum glaciers are currently making no contribution to rising sea levels.

The paper calls for field studies of the remote area to improve the accuracy of the satellite data.

The authors also point to climate data from the region that shows maximum summer temperatures have decreased between 1961 and 2000. At the same time winter precipitation increased resulting in glacial growth.

Many use the science behind the anomaly in the Himalaya as evidence that climate change is not occurring. However, the overwhelming evidence at the poles, far outweighs the contribution from the Asian glaciers.

Accelerated melting is near universal at the poles where the latitude, altitude and prevailing climate is different from the Himalaya and other mountain ranges straddling the borders of China, India, Pakistan and Afghanistan.

Antarctica alone contains 70% of all the world’s ice.