Rushing too fast into exploration of the Arctic could lead to ruined ecosystems, warns insurer Lloyd’s of London.

Their latest report, produced by UK think tank Chatham House, makes them the first major business organisation to join the environmentalists in warning about the huge potential for environmental damage from drilling for oil in the Arctic.

They estimate that during the next decade $100 billion could be invested in the region – with oil and gas, mining and shipping expected to be the biggest drivers. 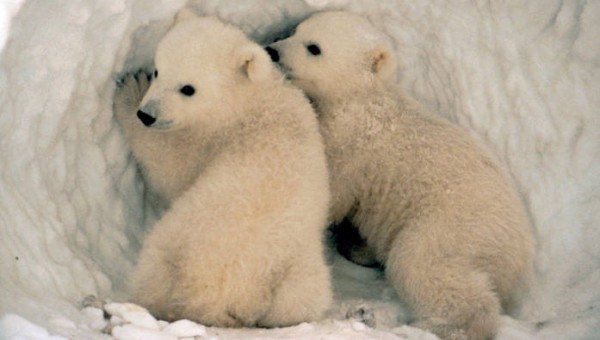 With many companies already  developing plans for off-shore drilling in the region – including Cairn Energy and Shell off the coasts of Greenland and Canada – the report says  strong governance and risk management as well as urgent scientific research will be needed to mitigate the region’s challenging and unique risks.

“However, to do so effectively requires the most up to date information to analyse and control risks. There is a clear need for sustained investment in Arctic research.”

In Shell’s latest Sustainability Report the company has reaffirmed their commitment to exploring the Arctic, stating they intend to begin exploration in the Beaufort and Chukchi seas off Alaska’s north coast this year.

“As long-term global demand rises, the world will need this energy,” says the report. “But it must be produced responsibly, with the welfare of the environment and communities central to development plans.” 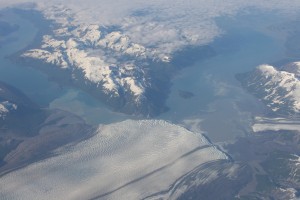 Lloyd's says urgent research is needed into the region, and economic activity should suit the timeline and recommendations set by such findings (© Bob Clarke/Creative Commons)

The Arctic is changing more rapidly than anywhere else on Earth.

Rising temperatures are causing a retreat of sea ice and changes to seasonal length, weather patterns and eco-systems.

Projections estimate that the Arctic Ocean could be free of sea ice during the summer months within the next 25 to 40 years, but some scientists claim it could happen within the next decade.

This has meant the Arctic has become a centre for commercial attention, as it opens up the region for companies who want to access the estimated 30% of undiscovered natural gas and 13% of oil held in the region.

However, Lloyd’s warns changes in the region are also creating new vulnerabilities for infrastructure.

And with the region covering parts of the United States, Canada, Russia, Norway, Sweden and Finland as well as the whole of Greenland and Iceland, the politics of the area is unique and complicated, warns Lloyd’s.

“There is not one Arctic, but many,” says the report. “Environmental conditions, geological prospectively, physical accessibility, population levels, economic development and political salience all vary.”

Potential and risks of economic activity

But with more than 80% of the hydrocarbon reserves of the region expected offshore, and with ice melting, more and more companies are looking to the region.

While oil spills are not necessarily more likely in the Arctic than anywhere else, much concern has been raised by environmentalists about the difficulties in cleaning up after any potential spills – particularly in ice-covered areas – creating a “unique and hard-to-manage risk”.

And there are many other ways the report suggests ecosystems could be affected including the building of pipelines and roads, increased shipping, seismic activity and noise pollution.

It says it is “highly likely” that future economic activity will disturb ecosystems which are already stressed by the consequences of climate change.

The report lists a set of eight key recommendations which should be adopted before economic activity expands in the Arctic.

1. Investment is needed in science and research – both from governments and private companies to account for uncertainties and risks, create environmental baselines for development to be measured against and protect against irreparable environmental damage.

2. Major investment is needed in the surveillance of the region ensuring economic activities happen safely. The report says infrastructure is currently insufficient to meet this criterion.

3. Full scale exercises including multiple companies and governments with involvement in the region should be developed based on worst-case scenarios.

4. Industry wide standards for safety and stewardship should be established via the Arctic Council, the International Maritime Organisation and industry associations.

5. Integrated ecosystem-based management must be set up to avoid one activity harming another and long term viability should be the key to policies from governments, businesses and other stakeholders.

6. The report acknowledges the difficulties that arise from the multi-jurisdictional nature of the region. It believes both domestic legislation and international agreements should adopt a broader approach to risk management.

7. Governments should be clear about the purpose and scope of any military activities in the Arctic, while additional capacity to police and protect the region should be welcomed.

8. Risk culture should be embedded into activities in the Arctic to represent its extreme and fast changing nature.