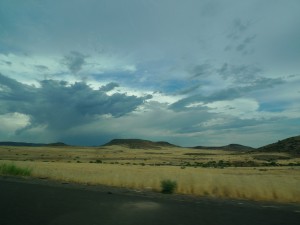 Climate change may initially make the grass greener, but not for long as plant species will quickly deteriorate, warns a new study.

The research, published in Nature Climate Change, found that while grassland species could thrive in the early stages of warming, they would quickly be adversely impacted by continued warming.

“We were really surprised by the pattern, where the initial boost in growth just went away,” said Zhuoting Wu, from the Northern Arizona University, co-author of the report. “As the ecosystems adjust, the responses changed.”

The decade-long study examined four grassland ecosystems typical of those found in northern Arizona along elevation gradients from the San Francisco Peaks down to the Great Basin Desert.

It then tested these ecosystems against simulated climate change, coupling the warming with a range of predicted changes in precipitation – more, the same and less.

While plants grew more quickly in the first year of rising temperatures, this effect was progressively diminished over the following nine years, until finally disappearing, say the researchers.

They aimed to report the long-term effects of global warming on plant growth, the types of species that make up the community and any changes to the way plants use or retain resources such as nitrogen.

Bruce Hungate, senior report author from NAU said the findings challenge this expectation having found more nitrogen being converted to gases that were then lost to the atmosphere or with rainfall washing through the soil.

“It’s classic systems ecology: the initial responses elicit knock-on effects, which here came back to bite the plants. These ecosystem feedbacks are critical. You just can’t figure this out with plants grown in a greenhouse. ”

The study also found that long-term warming resulted in the loss of native species and encroachment of species typically found in warming environments.

The study will continue for another five years.