PODCAST: Fulfilling the potential for the CDM in Africa 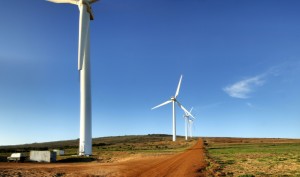 Countries in Africa have some of the highest solar radiation levels in the world, while there is also abundant silicon in the region to create solar panels.

The continent is also rich in rivers, streams and lakes, holding a huge potential for hydro-energy, as well as plentiful sources of biomass products.

While there are some examples of successful projects in Africa, when compared to other regions in the world – notably China and India – the uptake of Clean Development Mechanism (CDM) projects is very small.

In the sixth of a series of UNFCCC CDM Radio Club reports RTCC is hosting, the UNFCCC’s Irini Roumboglou finds out more about how the CDM could benefit Africa and why more projects haven’t been registered in the region.