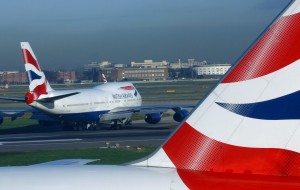 The inclusion of airlines in the European Union Emissions Trading Scheme (ETS) could be a “deal breaker” for global climate change negotiations, India’s environment minister has said.

Speaking to Reuters reporters Jayanthi Natarajan said: “For the environment ministry, for me it is a deal breaker because you simply cannot bring this into the climate change discourse and disguise unilateral trade measures under climate change.”

She said the EU law, which charges airlines for carbon emissions, was unacceptable.

The decision to include airlines in the EU ETS – implemented since January – has already come under fire from the US, China, Russia and India.

India, last month, joined China in asking its airlines to boycott the carbon scheme, and earlier this year the US threatened legal action over the scheme, but later dropped the action.

The main criticism for the scheme was that it not only included EU airlines, but any airline which flys into or out of the continent, and unfairly charges non-European carriers for the entire route, not just the European stretch of the journey.

Concerns have also been voiced over the scheme by EU airlines, including British Airways.

Under the scheme any airline that does comply faces charges of €100 ($128) for each metric tonne of carbon dioxide emitted, for which they have not surrendered allowances.

In the case of persistent offenders, the EU has the right to ban airlines from its airports.

Under targets, set by the International Civil Aviation Organisation, airlines must cap their net emissions by 2020 and reduce them by 50% by 2050, compared to 2005 levels.

RELATED VIDEO: In Durban, Jayanthi Natarajan was one of the negotiators who strongly opposed signing up for a deal which would bring in all emitters, fighting for what she called a more ‘equitable’ outcome…