Compelling new evidence suggests that rising CO2 caused much of the global warming responsible for ending the last ice age.

The study, published in Nature, confirms what scientists have believed for sometime, and further supports the view that current rises in human-driven CO2 will lead to more global warming.

“CO2 was a big part of bringing the world out of the last Ice Age and it took about 10,000 years to do it,” said Jeremy Shakun from Harvard University and lead-author of the report. 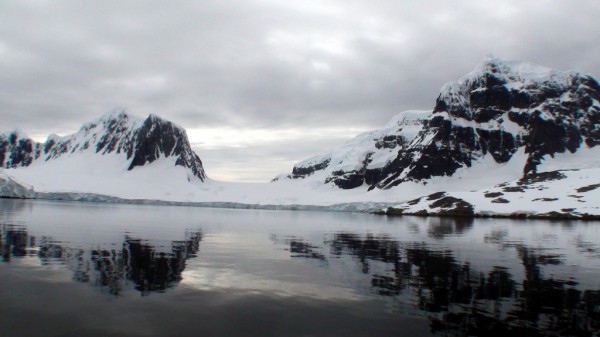 “Now CO2 levels are rising again, but this time an equivalent increase of CO2 has occurred in only about 200 years, and there are clear signs that the planet is already beginning to respond.”

“While many of the details of future climate change remain to be figured out, our study bolsters the consensus view that rising CO2 will lead to more global warming.”

While previous studies only compared carbon dioxide levels to local temperatures in Antarctica, the current study aimed to reconstruct global average temperature changes, using 80 core samples from around the world.

Shakun however, says this is leaving a huge gap in the research.

Putting all these records together into a reconstruction of global temperature shows a beautiful correlation with rising CO2 at the end of the Ice Age,” said Shakun. “Even more interesting, while CO2 trails Antarctica warming, it actually precedes global temperature change, which is what you would expect if CO2 is causing warming.”

Most scientists, according to Shakun, now believe the first factor in rising temperatures in Antarctica was not carbon dioxide emissions but a change in the Earth’s orbit, which resulted in more sunlight hitting the northern hemisphere.

As ice sheets over North America and Europe melted, millions of gallons of freshwater flooded into the North Atlantic Ocean and disrupted the cyclical flow of ocean currents. 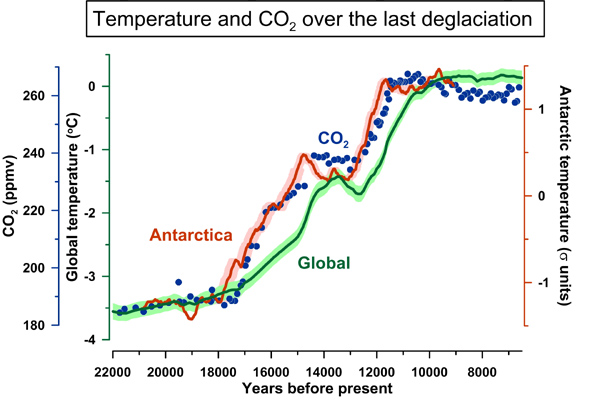 This meant the current which normally brings warm water north from the tropics – and today keeps Europe mild – was blocked, and the Southern Hemisphere warmed at the expense of the Northern Hemisphere – melting Antarctic ice and drawing up CO2 from the deep water.

Shakun says this all points towards CO2 being an amplifier for warming in the Southern Hemisphere.

He said: “If it was an amplifier, the question is how big an amplifier? Does it explain a lot of climate change, or was it a small piece and other factors were more important? I think this research really points a strong finger at the idea that CO2 was a major player.”

While the research strengthens the link between CO2 and the Ice Ages, Shakun believes it also reinforces the importance of addressing CO2 driven climate change today.