Climate change warming oceans for more than a century 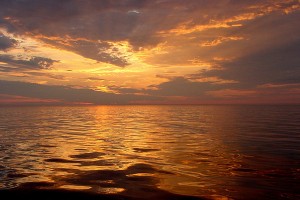 Ocean temperature rises have been identified stretching back almost 100 years, according to a new study.

Researchers from Scripps Institution of Oceanography compared modern data with results gathered in the 1870s by HMS Challenger, suggesting that the world, and certainly its oceans, have been warming since then.

They found an average increase of 0.33ºC, however surface temperatures had risen 0.59 ºC.

“The significance of the study is not only that we see a temperature difference that indicates warming on a global scale, but that the magnitude of the temperature change since the 1870s is twice that observed over the past 50 years,” said Dean Roemmich, physical oceanographer at Scripps.

“This implies that the time scale for the warming of the ocean is not just the last 50 years but at least the last 100 years.”

The study acknowledges that the Challenger data covers only 300 locations compared to the modern-day Argo research network of 3500 sensors, which take recordings every 10 days.