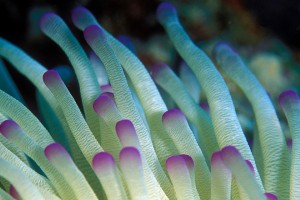 Some species of coral may be better equipped to survive a warmer climate than previously thought, according to new research by the Australian Nuclear Science and Technology Organisation (ANSTO).

The study found that corals that have been exposed to cycles of warming and cooling from El Nino events have proven to be more resilient.

The results suggest that some species will be able to cope with anticipated rises in ocean temperatures of 1-3°C.

At warmer temperatures, the algae that coral feeds off begins to die away. The same algae is also responsible for providing the colour of coral reefs. Its die-back is referred to as coral bleaching.

“Up until recently, it was widely assumed that as the oceans warm due to climate change, coral will bleach and die off worldwide,” said Dr Jessica Carilli, Post Doctoral Fellow in ANSTO’s Institute for Environmental Research.

“The research findings give hope that even though warming of the oceans is already occurring, coral that has previously withstood anomalously warm water events may do so again,” said Carilli.

“While there is certainly more research needed, this appears to be good news for the future of coral reefs in a warming climate.”

Researchers used coral around the Pacific islands of Kiribati for their research as the tiny island nation is battered by El Nino warming events.

They are looking to identify corals that fared best during bleaching events in 2004 and 2009.

Corals are also threatened by acidification of the oceans caused by the increase in atmospheric CO2. The more CO2 there is in the atmosphere, the more is absorbed by the oceans, where it becomes carbonic acid.