The world’s transition to a low-carbon economy could be seriously hampered by a scarcity of key metals, a new report from the Stockholm Environment Institute (SEI) has warned.

These are vital raw materials for wind turbines, solar panels and hybrid and electric cars.

The SEI says production could be affected in the future if business and policy-makers fail to create a framework for their use now.

China is a particular concern. In an interview at the end of February, PwC Sustainability and Climate Change Director Allan Zhang told RTCC the flow of rare metals in China was slowing.

“Now everything is in short supply; including rare earths – and China is the world’s largest producer. Water, labour…all in short supply – including minerals like tungsten and tin,” he explained.

Dawkins, however, says it is important not to place too much focus on the physical scarcity of metals alone.

“Much of what we found in the way of future supply came from the geopolitical side of things rather than from the mining and supply side,” she said. “So it is not about the physical scarcity in the Earth’s crust but it is about putting the right infrastructure in place.”

The report mapped the deficit or surplus of metals across different time periods leading to 2020 and on to 2035. 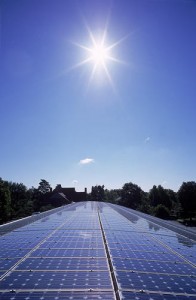 Businesses are already looking into substitution of metals, recycling and efficiency as possible solutions (© Living Off Grid/Creative Commons)

The results reveal that both energy policy and trade policy can affect the supplies of these valuable metals and that the stronger the climate policies adopted the larger the deficits.

How to reduce the potential deficit?

Several companies are already looking into possible substitutions, both with other metals and with plastic components.

The report says that policy incentives could help further drive this work.

While the potential to improve resource efficiency is limited there is scope during the production of metals – particularly those mined as a by-product.

Some work has also been done to put the infrastructure in place for the collection of materials at a products end of life, and recycling the metals back into the system, but Dawkins says there is still more scope for work in this area.

“There needs to be more consideration of the whole lifecycle of these products, and more of an understanding about designing for them to be disassembled at the end of life,” she explains.

“It’s about moving away from the lifecycle where products come in one end and go out the other into the waste stream. It is about keeping them going around in the economy.”

“It is often difficult because some of these metals we are talking about are used in such small amounts in products that is can be hard to generate the market for recycling.”

One area Dawkins believes business and government can work together is to create the right mechanisms and infrastructure to prioritise recycling.

The SEI say international rules, regulations and partnerships will also play a critical role, as a number of countries try to create an open market and international level playing field.

While metal scarcity is currently viewed as a technological issue, insufficient focus in put on the economic and political risks likely to be significant contributors.

Dawkins says: “They need to think about trade allowances, support in international forums, sharing of technologies, the role of aid and development. All these kinds of things they can develop on a much broader scale.” 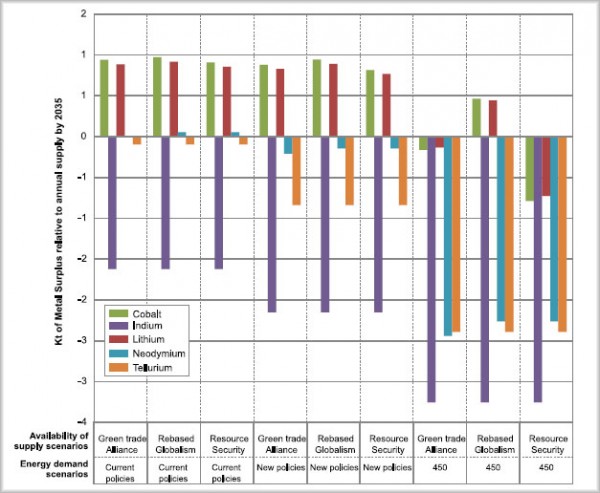 View the policy briefing “Metals in a Low-Carbon Economy: Resource Scarcity, Climate Change and Business in a Finite World” here.

The policy report was part of three studies from the Stockholm Envrionment Institute and 3C (Combat Climate Change) examining resource scarcity and the low-carbon economy. The other two studies focus on Biomass and Water.