PODCAST: How efficient cooking stoves can cut emissions in Zambia 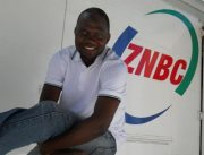 Over 1.3 billion people are estimated to be without electricity on the planet.

If that statistic seems amazing – consider this. Around 2.7 billion live without access to clean cooking facilities.

For households in Zambia, charcoal is still the main source of fuel for daily lives, including for their cooking stoves.

But charcoal is an inefficient and ineffective heat source.

The smoke from these stoves has negative impacts of the health of households, and in the rainy season the charcoal is often wet and much harder for families to use.

A project launched under the CDM in Nigeria last month aims to install 100,000 cook stoves across the country over the next five years.

Emission reductions from the project are expected to be as high as 250,000 tonnes of CO2 annually – the same as taking 44,470 cars off the road each year.

In the third of a series of UNFCCC CDM Radio Club reports that RTCC will be hosting, David Mwanza, radio journalists of the Zambia National Broadcasting Cooperation explores the CDM project helping to distribute efficient cook stoves throughout the country.