COMMENT: Governments, pump your carbon cash back into green initiatives

Australia has today passed a tax on the profits of coal mining firms to add to the recent establishment of a carbon floor price. Together the moves encourage cleaner industry and better energy efficiency.

However, schemes like these rarely see the money raised ring-fenced for more environmental efforts. Most governments simply put the cash right back into the pot.

Camco is a global low-carbon project developer. Writing for RTCC, Pratima Washan, a senior consultant at Camco, suggests the key to successful money-raising policies is a transparent reinvestment straight back into green projects. 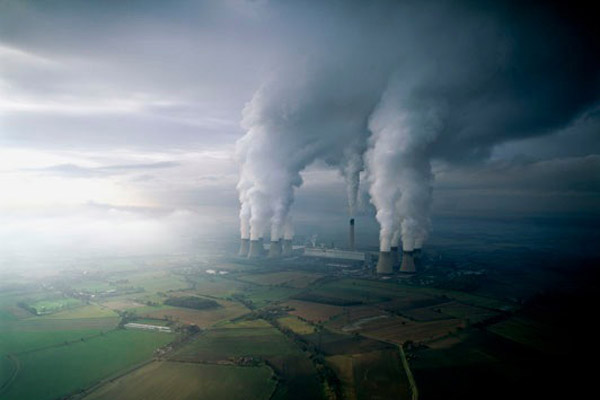 Many government's are taxing the biggest polluters but using those funds for green projects can extend the benefits. (Source: Flickr/Thewritingzone)

In recent years, an increasing number of countries have introduced direct taxation or market-based mechanism, such as trading schemes, in response to the climate change agenda.

While there are various lines of thought about what constitutes the most effective way of recycling ‘green’ revenues back into the economy, experience from schemes such as RGGI (Regional Greenhouse Gas Initiative) and sector-specific studies have highlighted the environmental, social and economic benefits that recycling of revenues into low carbon initiatives can bring.

RGGI, a regional cap and trade initiative in the USA covering 10 North-eastern and Mid-Atlantic states set up in 2008, has invested the proceeds from auctioning into building a clean energy economy, with each state setting out its investment strategy depending on its priorities.

Analysis of the direct economic benefits of recycling the revenues into energy efficiency and renewable energy programmes across participating states indicate a saving of $3-$4 for every $1 invested, with energy efficiency projects typically reducing energy bills by 15-30%.

The net benefit to the economy is expected to be even greater, when macroeconomic impacts are taken into account. In terms of direct jobs, the investment in energy efficiency programs alone has led to 20,951 jobs being created at a cost of around $22,000 per job between 2008 and 2011.

Around 14% of RGGI proceeds have been used to tackle fuel poverty by providing assistance to low income households.

In Germany, a similar approach has been adopted since 2008 with the revenues raised from auctioning of a proportion of the EUA allowances used directly for climate protection, split across projects under the National and International Climate Initiatives.

In Australia, new policy expected to come into force from July 2012 will use the revenues raised from taxes on the 500 heaviest polluters to provide tax cuts and increased benefits to households, support jobs in the most affected industries, and build a new clean energy future.

For countries that currently operate or are considering to introduce policy mechanisms such as cap and trade schemes or green taxes, this shift from ‘cap and trade’ to what is being regarded to as a ‘cap and invest’ mechanism offers significant potential to help accelerate the transition to a low carbon economy.

Recently published research by Camco indicates that the UK Government will raise around £64bn in carbon revenues by 2027 (the end of the fourth carbon budget) from the EU Emissions Trading Scheme and the Carbon Price Floor mechanism.

The research suggests that recycling of carbon revenues back into domestic energy efficiency measures can potentially remove 9 out 10 households in fuel poverty and reduce their energy bills by 20% on average. Such a programme would support between 30,000 and 50,000 full time direct jobs over 15 years, and between 120,000 and 200,000 indirect jobs in the wider economy.